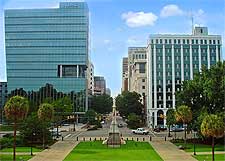 Columbia is the state capital of South Carolina and its name derives from that of the famous explorer, Christopher Columbus. The modern history of Columbia starts in 1754, when colonial rulers decided to establish a ferry from the Congarees, a frontier fort on the west bank, to more populated settlements on the east bank of the Congaree River.

The latter site was one of the most centrally located in the state and as such, it was decided that it should be the location of the new state capital. In 1786, Columbia was created by the South Carolina General Assembly. The new community saw little growth in its first two decades, but the opening of the Santee Canal in 1800 provided much-needed new trade routes. 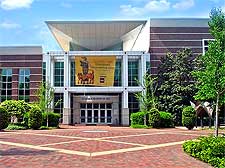 Columbia grew rapidly in the first half of the 19th century, thanks to the opening of the South Carolina College in 1801 and the arrival of the railway in the 1840s. Nowadays, the South Carolina College is known as the University of South Carolina, and its oldest buildings (comprising the Horseshoe) still remain standing today, dating back to 1805. This is in spite of the torching of Columbia in 1865, during the American Civil War, which took place shortly after Union forces took the city. Much of the economy was driven by slaves during the early 19th century and by 1860, the city had become an important center in the cotton trade.

Columbia's central location meant that it became an important meeting place among Confederate supporters during the Civil War. While under Union occupation in 1865, however, the city was torched and many buildings were destroyed. It is not known how the fires that ravaged the city were started, but some people blamed the Union troops led by General Sherman. However, Sherman blamed the Confederate forces that burned cotton bales as they fled, as well as strong winds.

One of Columbia's most historical sites, the First Baptist Church, was spared when a caretaker sent Sherman's troops in the direction of another church. The Hampton-Preston Mansion and Gardens, built in 1818 on Blanding Street, is an additional historical building that was spared. Nowadays, its authentic furnishings mean that it is among the top visitor attractions in Columbia. 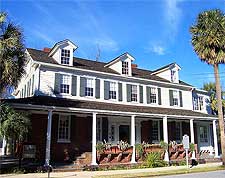 After the American Civil War, the new local government contained some members who were formerly slaves, a feature that attracted what could be considered media frenzy in today's terms. The rebuilding of the city brought new jobs, with the reconstruction period being one of the most successful times in the history of Columbia.

The boom continued into the 20th century, when Columbia emerged as a key player in textile manufacture. Fort Jackson was developed in 1940 as a major military base and was annexed to the city in 1968, due to its continued expansion. Nowadays, many people come to visit friends and family stationed at Fort Jackson. 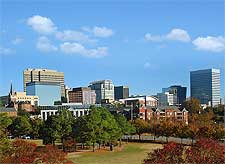 City center regeneration during the 1990s and the early part of the 21st century resulted in the energetic and thriving city seen today. The development of the Congaree Vista district led to an influx of creative individuals, who helped to establish independent shops, art galleries and restaurants.

Meanwhile, the old Nickelodeon Theater was renovated and is now one of the best places to see independent films in Columbia. Visitors can learn more about the history of Columbia at the South Carolina State Museum, which was founded in 1988 and stands on Gervais Street.