Known for its friendly residents and resounding local pride, the city of Albuquerque resides within the state of New Mexico, being situated on the northwestern side of the state's heart, to the southwest of Santa Fe and directly north of Socorro. The county seat (administrative center) of Bernalillo County, Albuquerque has grown up around the river named the Rio Grande.

The principal boundaries of the city include the Paseo del Norte Drive on the northern side of Albuquerque, as well as the southerly Central Avenue. The Tramway Boulevard and the Rio Grande Boulevard are located to the east and west, respectively.

A prominent city thoroughfare, Central Avenue heads straight through Old Town Albuquerque and the lively downtown district, connecting many places of interest along its route, including both Nob Hill and the spreading campus of the University of New Mexico. Interstate I-25 is an especially busy road, heading north to south and passing by Cervantes, Luke Town, Sycamore, South Broadway and the Kirtland Community.

Albuquerque is roughly divided into a series of four separate quadrants - namely North-East, North-West, South-East and South-West. The city's exact center is considered to be at the point where Central Avenue meets the railway line.

For maps of the city, head to one of the branches of the Albuquerque Convention and Visitors Bureau. These are to be found on the corner of 2nd Street and Copper Avenue (downtown) and on Romero Street Northwest (Old Town), as well as at the city's international airport (Sunport). 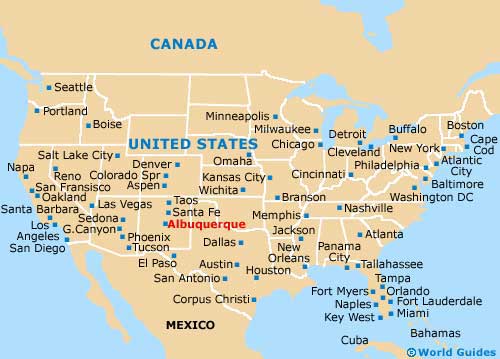 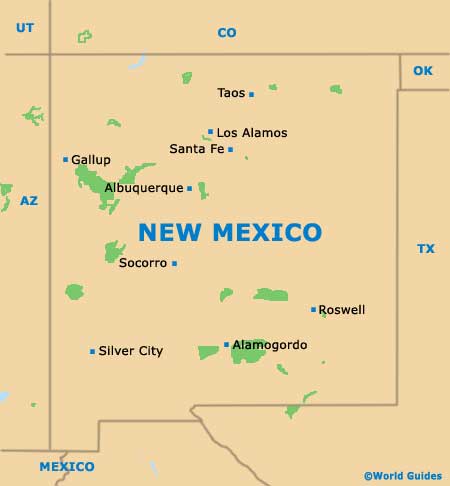 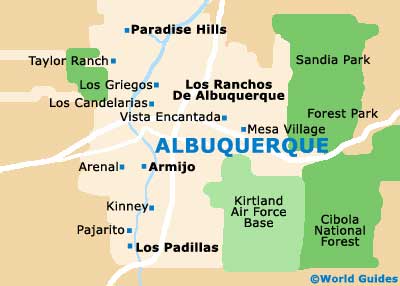