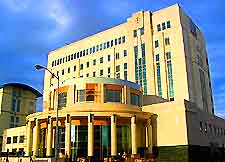 Albuquerque has a rich cultural heritage, with many wonderful landmarks, monuments and examples of historic architecture spanning the centuries. The city of Albuquerque and its surrounding area contain a number of landmarks reflecting the city's cultural identity.

Some of the most important landmarks in Albuquerque are truly fascinating and provide a glimpse into the area's history, such as the Coronado State Monument and Petroglyph National Monument.

Address: 110 San Felipe NW, Albuquerque, New Mexico NM, 87104, USA
Tel: +1 505 243 3639
Now a bed and breakfast, this unusual Victorian property has a rich history and was built in 1912, amid distinctly Pueblo and Spanish architecture. Bottger Koch Mansion is situated in Old Town Albuquerque and is visible from the Plaza.
Open hours: daily
Admission: charge for guests 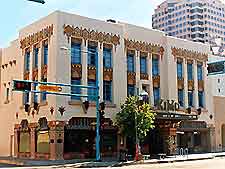 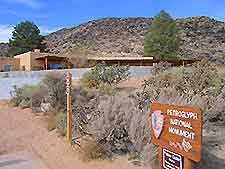 Address: Mountainair, New Mexico NM, USA
Tel: +1 505 847 2585
The ruins of the nearby Salinas Pueblo Missions National Monument provide a glimpse into the earliest contact between Pueblo Indians and Spanish Colonials. There are ruins of four mission churches at Quarai, Abó and Gran Quivira and the remains of the partially excavated pueblo of Las Humanas.
Open hours: daily - 09:00 to 17:00, seasonal variations apply
Admission: free