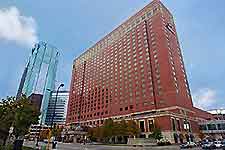 There are certainly plenty of hotels awaiting in the city of Minneapolis, although during the summer, much of the accommodation here becomes a little expensive. However, there are a number of appealing budget options available throughout the year, with the Minneapolis International Hostel on Stevens Avenue South being of note and standing alongside the Institute of Art.

There are also a selection of hotels close to the Minneapolis / St. Paul International Airport (MSP), which is only 10 miles / 16 km south of this city and some 13 miles / 19 km to the south of Saint Paul. Close to the airport, consider accommodation within the neighboring cities of Mendota Heights and Bloomington, the latter of which is where you will find the Holiday Inn Express Suites and the Ramada hotels, both of which are located on the on the American Boulevard East and are also well-placed for trips to the famous Mall of America shopping complex. 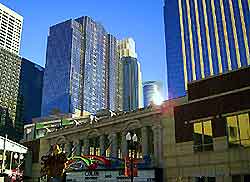 Budget accommodation options in Minneapolis are at their most concentrated around the University Avenue Southeast, South 1st Street and South 9th Street. Look out for the two-star Days Inn University Hotel, which stands to one side of the University of Minnesota campus. On 2nd Street North, the Towneplace Suites by Marriott is also known for its cheap lodging rates and is relatively close to the Hubert H. Humphrey Metrodome. Also competitively priced is the Holiday Inn Express Suites Downtown on South 11th Street, which is just a stroll away from the Nicollet Mall.

Mid-range hotels are widely available in Minneapolis and next door in St. Paul, and include many familiar chains. Some of the most popular mid-range lodging areas in Minneapolis are located on the 3rd Avenue South, South 7th Street and also South 8th Street. This category of accommodation is particularly popular with both business travelers and tourists, and includes the likes of the Best Western Normandy Inn on South 8th Street, the Hilton Garden Inn Downtown on 4th Avenue South, the Radisson Plaza Hotel on South 7th Street, and the Sheraton Midtown on the Chicago Avenue South, which is actually linked to the Abbott Northwestern Hospital by a skywalk. 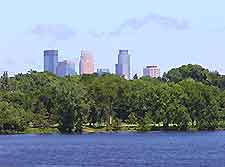 For luxury accommodation in Minneapolis, four-star hotels are noticeably more upmarket than their cheaper counterparts. Marquette Avenue is home to no less than two swanky Hilton Hotels, while the Nicollet Mall is where you will find the Hyatt Regency, which stands right next to the busy Minneapolis Convention Center.

On the 2nd Avenue South, the Crowne Plaza Northstar is a surprisingly affordable option and is near to the Target Center and the Metrodome, as well as an excellent selection of shops and restaurants. Lying within the revitalized Riverfront district of Minneapolis, the Depot Renaissance Hotel on South 3rd Avenue boasts its very own award-winning water park, video arcade and seasonal ice skating rink.