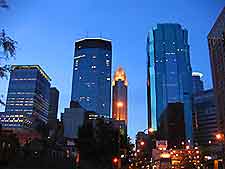 The Twin Cities of Minneapolis and St. Paul are a fun place to hang out at anytime, although each summer in June, this combined metropolis is arguably at its most lively, when the Twin Cities Gay Pride Celebration comes along.

Historically, Minneapolis has shown itself to be especially open-minded, being amongst the first cities in the United States to adopt and enforce anti-discriminatory laws. This formed the start of the city's burgeoning LGBT scene and although there isn't one single gay neighborhood as such, there is a noticeable cluster of gay and lesbian nightspots within the downtown district.

If you are searching for that ultimate dance spot where you can really let your hair down, then consider spending the night at The Saloon on Hennepin Avenue, in downtown Minneapolis. The Saloon essentially comprises three different bars and a large dance floor, along with themed party nights, such as drag acts, comedy gigs, DJ nights and a monthly Latino night.

Also standing on Hennepin Avenue is the Gay 90s nightclub, which advertises itself as being the city's premier dance club and stays open each night until 02:00 in the morning. Other popular bars and nightspots can be found along Washington Avenue South (the Eagle Bolt Bar), and within the vibrant Warehouse District, on 1st Street North (the JetSet Bar). 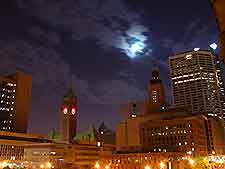