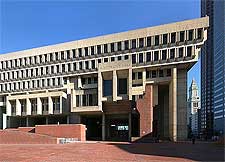 Economically and culturally regarded as New England's capital city, the powerhouse that is Boston is one of America's oldest cities.

It was founded in 1630 by Puritans who were fleeing religious persecution in England, following the end of the English Civil War (1642 to 1651). However, the Boston area was first settled by Native American tribes up to 5,000 years before the arrival of Europeans.

The city's present history started when the first Puritan settlers landed on 17th September 1630 on the Shawmut Peninsula, which is connected to the shores of Massachusetts Bay by a narrow isthmus. The colony was named after the English town of Boston, from which several of the settlers came.


Puritan ethics established a peaceful, stable society from the beginning of Boston history. The colony was governed by English lawyer John Winthrop, who was also its religious leader. Shortly after the settlement was established, the Boston Latin School, the first public school in America, was founded in 1635, with the Roxbury Latin School opening some ten years later. 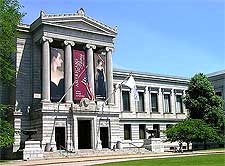 During America's late colonial period, this was the country's largest city, and one of the first to make its position known on English taxes and restrictions via the famous Boston Tea Party in 1773. During this event, a precious cargo of tea intended for England was thrown overboard into the harbor.

The spark that lit the revolutionary fire in the town was the Boston Massacre, three years earlier, in which British soldiers murdered five civilians.
During the American Revolutionary War (1775 to 1783), several famous battles took place in the area, as did local silversmith Paul Revere's celebrated dash by horse to warn rebel forces of the British Army's approach. 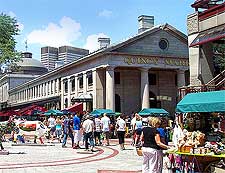 By the turn of the 19th century, descendants of the original Boston families were regarded as the cream of the nation's social elite, with the term 'Boston Brahmins' still in use nowadays. By 1850, manufacturing had replaced commerce as the major economic factor, with garments and leather goods its mainstay until the arrival of the railroad brought more opportunities. Bostonians were proud of their city's artistic patronage and refined literary culture, and were strong supporters of the abolitionist movement.

Wave after wave of immigrants arrived during this century of Boston history, mostly fleeing the famine in Ireland. This was caused by successive years' of failure of the potato crops, which was the Irish population's main source of storable food. By 1890, the land area had tripled, with land reclamation taking place all over the region, although the massive Great Boston Fire in 1872 destroyed swathes of homes and businesses. 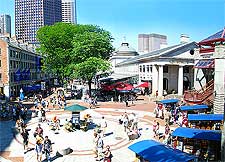 Downturn and Recovery in the 20th Century

By the 1930s, the city was in decline due to obsolete manufacturing and the relocation of businesses to other cities offering cheaper labor costs. The city's immediate response was urban renewal, and by the 1970s Boston was again a boomtown.

Nowadays, it's a hub for technology, intellectual pursuits and politics, with gentrification on the upswing since the late 1990s.