New England is a hugely popular region and Boston is close to a number of its most noteworthy attractions, many of which are highly suitable for day trips. However, there really are so many possible excursions to choose from that a little forward planning will save a lot of time and confusion.

A trip to Cape Cod is always a rewarding one, with beaches, small villages and a rich maritime heritage being just some of the attractions available here. Those vacationing in Boston may also like to consider paying a visit to Middlesex County, where both the towns of Concord and Lexington have much to offer sightseeing tourists. Also within easy reach of the city is the sizeable town of Salem, which is famous for its Witch Trials of 1692 and today even features a neighborhood known as Witchcraft Heights. 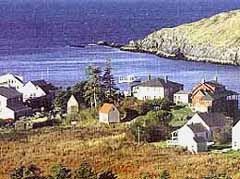 Address: Boston Harbor, Boston, 02210
Tel: +1 (617) 223 8666
There are 30 islands in total comprising the Boston Harbor Islands National Recreation Area, being rich in cultural attractions and natural resources. The majority of the islands in this collection are located between 2 miles / 3 km and 4 miles / 6 km offshore from the city itself, within the harbor. George's Island is especially popular, with many regular free ferries connecting the majority of the other islands.

Address: 135 Adams Street, Quincy, 02169
Tel: +1 (617) 773 1177
This national site comes with 11 historic structures spread over several acres of land and is situated just 10 miles / 16 km to the south of the city. There is a trolley bus that provides transportation between the sites, including the church where both President John Adams and President John Quincy Adams and their wives are buried.

Address: Cambridge Side Galleria, 100 Cambridge Side Drive, Cambridge
Tel: +1 (617) 621 3001
Those choosing to join the Charles Riverboat Tour will enjoy a delightful cruise along the Charles River, complete with commentary from the captain. Along the way, look out for the many historic attractions of Boston and Cambridge, which include Beacon Hill, Esplanade Park, Back Bay, Boston University, Massachusetts Institute of Technology and Harvard. Sunset cruises are also available. 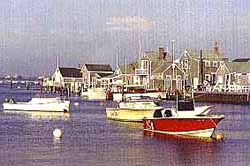 The Cape has come a long way since its early days as a fishing and whaling center. Although there is still fishing and farming, it is now better known as the playground of presidents and supermodels. This 65-mile / 105-km-long peninsula is full of many small villages and towns.

Falmouth is the Cape's second-largest town and is near the southwestern corner, with a fine village green, 19th-century houses and a well-known white church steeple. Woods Hole, at the southwestern tip, is a world-famous marine research center, while the local National Marine Fisheries Service opens its aquarium to the public. Brewster is a small sleepy village and is situated further north. It is best known for its outstanding Cape Cod Museum of Natural History, which contains many photographic exhibits, fish tanks, whale displays and three short nature trails. The quiet village of Wellfleet lies halfway up the inner shore and is truly picturesque, being completely untouched by commercial development. It provides a great place to browse galleries, relax at the beach and enjoy its very tasty Wellfleet oysters.

Provincetown is Cape Cod's most lively resort town and is located at the bottom of the northern tip. It is also the gay Mecca of New England and has an exciting busy atmosphere. Provincetown has been a major arts colony since the turn of the 20th century and is home to over 20 galleries. Provincetown is 128 miles / 205 km to the southeast of Boston, which is approximately a three-hour drive. The daily ferry provides a much quicker and easier way to travel to this town and daily buses also run between Boston and major towns around Cape Cod.

On the now historic day of 17th April 1775, Paul Revere rode from Boston to Lexington in the early hours of the morning to warn the colonial military of the impending approach of British troops. The Revolutionary War that followed took place on Lexington Green, which is now named 'Battle Green' after the event. This placid leafy town is full of wonderful American history and contains a number of historic houses and taverns, such as the 1695 Munroe Tavern and the 1689 Hancock-Clarke House, where John Hancock and Samuel Adams hid out from the Red Coats. Lexington is situated about 18 miles / 29 km northwest of downtown Boston and is accessible by a combination of subway trains and public buses.

With its old oak and maple trees, historic houses and white church steeples, this is a typical idyllic New England town. It is located about 22 miles / 35 km to the northwest of Boston, which is a relatively short trip by car or a 45-minute ride by train. The home of Concord sage Ralph Waldo Emerson is now a museum and nearby the remains of local hermit Henry David Thoreau's cabin grace the shore of Walden Pond. Both Thoreau and Emerson are buried in the Sleepy Hollow Cemetery, along with other famous people, such as the Alcott family and Nathaniel Hawthorne. You can even put your finger in a hole left by a British musket ball many years ago at Bullet Hole House.

Some 300 years ago this town was rife with rumor and accusations of people being witches and warlocks, consorting with the devil. In fact, many were actually hanged for this very reason. These days Salem is a mild-mannered suburban town that delights in sharing its bewitching past, with top attractions including the interesting Witch House - where suspected sorcerers were interrogated, the Salem Witch Museum - with many exhibits and audio-visual displays, and the Witch Dungeon Museum - where dramatic recreations of the witch trials follow transcripts of the original proceedings. Perhaps the most famous house in Salem is the House of the Seven Gables, featured in the 1851 Nathaniel Hawthorne novel. The Salem Trolley is a convenient way to take a tour of all the major points of interest. Of note, Salem is located 20 miles / 32 km to the northeast of Boston, approximately 35 minutes by train.

Full of fresh sea air, Marblehead is just a few miles south of Salem. The narrow winding streets are excellent for exploring on foot, with the best sights being situated in Old Town, often referred to as the 'Marblehead Historic District'. These include the town's early colonial and federal houses, as well as various museums. The Jeremiah Lee Mansion was built in the 18th century and is now a museum, displaying wonderful period furniture, folk art, military artifacts and toys. A causeway at the southern end of Old Town leads you to the wooded island of Marblehead Neck, where the Audubon Bird Sanctuary can be found.