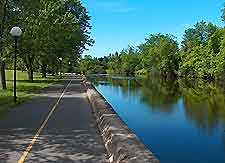 Many of the parks and gardens in Ottawa offer a range of seasonal attractions and recreational activities, which include playing fields, picnic spots, nature trails, boating and some winter sports, such as ice skating. One of the largest parks in the city of Ottawa is Gatineau Park, which lies in the city's suburbs and is just a short trip from central Ottawa. Confederation Park in downtown Ottawa is particularly popular at lunchtime, when both locals and tourists fill the park's benches and enjoy the scenery.

Offering some of the best views of the Ottawa area, Nepean Point stands alongside the city center and provides a peaceful oasis. Here are Ottawa's main parks and gardens. 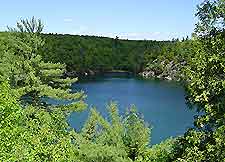 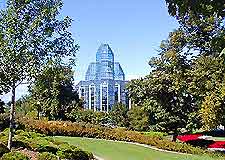 Address: 1 Rideau Street, Ottawa, Ontario (ON), K1N 8S7, Canada
Major's Hill Park dates back to the 1870s and is known for being the oldest public parkland in the city. Situated in Ottawa's Lowertown district, Major's Hill Park provides superb views of many notable landmarks, including Parliament Hill and the Notre Dame Cathedral.
Open hours: daily - dawn to dusk
Admission: free

Address: 40 Elgin Street, Ottawa, Ontario (ON), K1P 4C7, Canada
Standing in the heart of Ottawa's downtown district, Confederation Park is a popular place for lunchtime picnics and hosts a number of major events throughout the year. Every year in February, the park is home to a major ice sculpting festival where giant lumps of ice are transformed into breathtaking works of art, while during the summer, Confederation Park features the outdoor Ottawa International Jazz Festival.
Open hours: daily - dawn to dusk
Admission: free 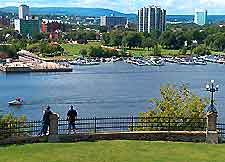