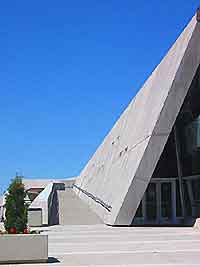 Home to a diverse selection of museums, Ottawa features many impressive museums which are well worth visiting. Of particular interest, the National Aviation Museum, on the eastern side of Ottawa, contains many restored vintage planes, while for all things scientific, head to the highly regarded Canada Science and Technology Museum, which stands in central Ottawa.

An important part of city life, the Rideau Canal has brought much wealth and prosperity to the Ottawa area and its past is celebrated at the Bytown Museum. Other popular museums in Ottawa include the Canadian Museum of Contemporary Photography and also the Canadian War Museum. 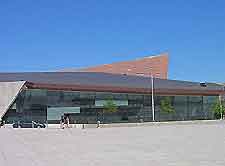 Address: LeBreton Flats, Ottawa, Ontario (ON), K1A 0M8, Canada
Tel: +1 819 776 8600
Celebrating the country's rich military heritage, the Canadian War Museum and Vimy House features a wealth of war-related artifacts and military memorabilia. Also of interest are the museum's extensive research facilities and large historic collections.
Open hours: October to April, Tuesday and Wednesday, Friday to Sunday - 09:30 to 17:00, Thursday - 09:30 to 20:00; May to September, Monday to Wednesday, Friday to Sunday - 09:30 to 17:00, Thursday - 09:30 to 20:00
Admission: charge, discounts for children 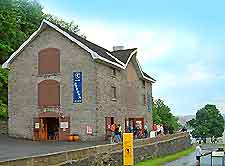 Address: Station 'B', Ottawa, Ontario (ON), K1P 5P6, Canada
Tel: +1 613 234 4570
Bytown Museum is located alongside the Rideau Canal locks and celebrates the history and importance of this attractive waterway. With a number of early 19th-century canal artifacts and a range of displays about the creation of the canal, Ottawa's Bytown Museum is close to the city center.
Open hours: April and May, October and November, daily - 10:00 to 14:00; June to September, Monday to Saturday - 10:00 to 16:00, Sunday - 10:00 to 16:30
Admission: charge, discounts for seniors, children and families 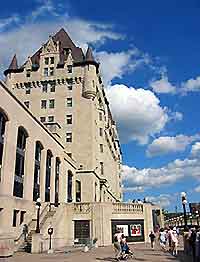 Address: 1 Rideau Canal, Ottawa, Ontario (ON), K1N 9N6, Canada
Tel: +1 613 990 8257
Housing many regular exhibitions by the country's leading photographers, the Canadian Museum of Contemporary Photography can be found in Ottawa's Centertown area, close to the Rideau Canal. The museum was founded in the early 1990s and also features an extensive photography related bookstore.
Open hours: Wednesday to Sunday - 10:00 to 17:00, Thursday - 10:00 to 20:00
Admission: charge, discounts for students, seniors and children, children under two free, free admission on Thursdays from 17:00

Address: 1867 St. Laurent Boulevard, Ottawa, Ontario (ON), K1G 5A3, Canada
Tel: +1 613 991 3044
Full of hands-on activities and fun for all ages, the Canada Science and Technology Museum stands on the outskirts of Ottawa and is worthy of a visit. Just a short trip from the city center, highlights at the museum include many interactive gadgets and displays, a summer Technology Park with rockets, exhibits about space travel, and all things scientific. The Canada Science and Technology Museum is always a big hit with children visiting Ottawa and regularly features demonstrations.
Open hours: May to Labor Day, daily - 09:00 to 17:00; Labor Day to April, Tuesday to Sunday - 09:00 to 17:00
Admission: charge, discounts for student, seniors, children and families, children under four free