The largest city in Wales, Cardiff is the Welsh capital and lies on the far southern side of the country, next to the Bristol Channel. Cardiff is also the capital of South Glamorgan and is currently home to a population close to 800,000 people.

The former harbour has been completely redeveloped and transformed, becoming known as Cardiff Bay, a trendy place to eat, drink and hangout. The Wales Millennium Centre serves as an eye-catching focal point of the Cardiff Bay area.

Much of the city centre is devoted to shops, which are connected by pedestrianised streets and Victorian arcades. This part of the city is best navigated on foot, with useful points of reference including both Cardiff Castle and the Millennium Stadium. Shopping precincts in Cardiff city centre are focused around Bridge Street, Charles Street, High Street, Mill Lane, Queen Street and St. Mary Street. On the southern side of St. Mary Street is Central Square and the Tourist Information Centre (TIC), where city maps can be obtained. The city's bus and train stations are also here. 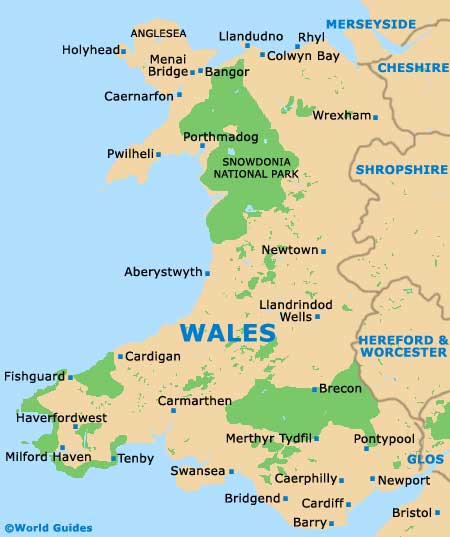