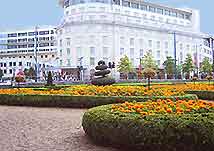 Cardiff, the capital city of Wales, is understandably one of the most important areas in Wales for businesses as is home to many important companies and a large university. With many state-of-the-art offices blocks, both in central Cardiff and on the outskirts, the city is booming. Many areas have been regenerated, attracting tourists, visitors and business to Cardiff city centre. The city's business potential has never been greater and many up-and-coming businesses are now situated around the bay, next to the new seat of government, the National Assembly for Wales.

A recent development in Cardiff is the Wales Millennium Centre, which is one of the most outstanding arts venues in the world, hosting many events and festivals throughout the year. Other important venues include the Cardiff International Arena (CIA), seating around 5,000 people and hosting concerts with stars include Pavarotti and Kylie, Cardiff's enormous Millennium Stadium, seating more than 70,000 spectators and hosting major sporting events, and St. David's Hall, a leading central for musical excellent in the United Kingdom. 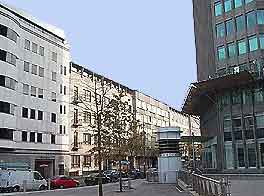 With its well-positioned bay, Cardiff has an important industrial past and many shipping companies have provided great wealth to the city during the 20th century. Cardiff quickly became the largest port exporting coal in the world in the early 1900s, shipping more than 10 millions tons of coal each year, and is was at this time that city status was granted.

These days, tourism, retail and hospitality have become important businesses in the area. Cardiff is a busy and important city, with tourists visiting throughout the year. Cardiff has developed a number of impressive new shopping centres and restored many of its historic shopping arcades, to create one of the best areas for shopping in the whole of Wales. There are also countless tourist attractions and these continue the thrive as the city expands. The extensive hotel industry also reflects the high number of visitors to the area, and the city is full of hotels and guest houses, all with competitive hotel rates and deals.

In recent years, Cardiff has grown as an important financial city in Wales and a number of business parks have been created in the suburbs. With many large business, such as software companies, banks, head offices, legal companies and many large office buildings, the city looks well placed to continue its expansion.

Locals in Cardiff are fairly formal in both business dress and manners. Normal business courtesies should always be observed and the degree of business formality mainly depends upon the nature of the business. In general, software businesses, media companies and publishers tend to be much more relaxed that Cardiff's law firms and financial companies.

Business hours in the Cardiff area are usually from Monday to Friday, between 09:00 to 17:30, although many offices choose to close later. Cardiff's shops are generally open longer and throughout the weekends, with a number of supermarkets being open 24 hours. Banks and building societies are located throughout Cardiff city centre and are open from around 09:00 to 17:00, with larger branches also opening on Saturday mornings.

Working lunches are a particularly popular and informal way to do business in Cardiff, with many companies being quick to use first-name terms where appropriate. Drinks or dinner is a favourite way to end the working week and the city has numerous pubs and wine bars, close to many of the offices and businesses.

A brief and friendly handshake is usually the customary greeting in Cardiff and generally throughout Wales. New acquaintances are often addressed on first name terms.

Many restaurants in the Cardiff area now have a strict 'no smoking' policy, although some restaurants do cater for smokers in separate areas. Most offices and businesses are 'non-smoking' and it is advisable to only smoke when in the company of like-minded people.