Getting Around, Geneva Travel, Transport and Car Rental 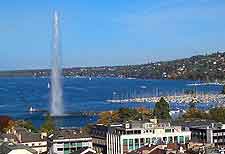 As with all of the large cities within Switzerland, Geneva is home to an extensive network of public transport, allowing visitors to travel around the majority of the city without great expense. Operated by Transports Publics Genevois, buses and trams are by far the cheapest and most popular of all the transport options in Geneva, covering almost the entire city and running frequently.

Locals in Geneva also like to travel about on bicycles, since the city is particularly flat and easy to cycle around. Train transport and car hire is ideal if you intend to travel outside of the city itself, while paddleboats (mouette) around the lake are highly suitable if you are not in a rush to reach your destination, and are operated by the Mouettes Genevoises. 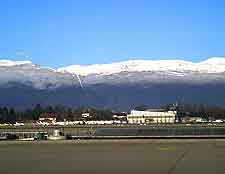 Address: 29 Route de Pre-Bois, Cointrin, CH-1215, Geneva 15, Switzerland
Tel: +41 22 717 7111
At just over 5 km / 3 miles from the actual city centre, Geneva Airport, formerly Cointrin Airport, can be reached in a matter of minutes, being connected by the Rue de la Servette and close to a number of fast expressways. Around ten million passengers currently use this Swiss air facility each year, being transported on almost 50 different airlines, such as Air France, bmibaby, British Airways, easyJet, Flybaboo, Flybe, Lufthansa, Swiss International Airlines and Thomsonfly. Taxis and buses (number 10) provide the best way to reach central Geneva from the airport, while courtesy shuttles are also available from a number of the main hotels, so this may be worth checking before you actually pay for your transport. 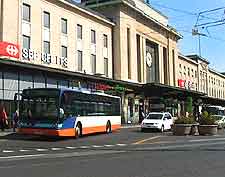 Many tourists flying into Cointrin International Airport choose to hire a car and this is ideal if your plans are to travel to the surrounding mountains and scenic countryside, or even head to one of the many nearby ski resorts. Parking in Geneva is not usually too much of a problem, and the car parks beneath Plaine de Plainpalais and at the Place de Cornavin are well placed for most needs. Spaces within underground parking garages are usually easier to find than on actual city streets, although street parking may be a convenient option in some areas outside of the city centre. 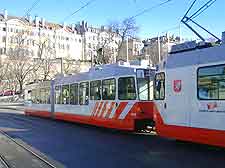 Home to an extensive network of buses and trams, many locals in Geneva favour this type of transport. Tickets can be easily purchased at the numerous ticket machines, which are located at each of the stops, and may be used on both buses and trams, remaining valid for an hour or for up to 24-hours. However, be warned that these ticket machines do not provide change, although if you keep hold of the actual ticket, refunds for the difference are available at TPG offices. 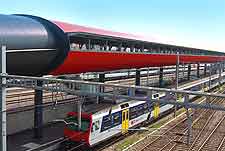 The Cornavin train station is an important hub in this part of Switzerland and speedy TGV trains regularly travel from here to Paris and Lyon. International trains also operate at Cornavin, travelling to destinations as far away as Hamburg and Milan. Train transport is usually a good way to reach many Swiss cities and towns, including Bern (just under two hours), Interlaken West (just under three hours) and also Zurich (three hours).

Taxi transport in Geneva is ideal for short trips between attractions, although it can prove a little expensive for long journeys. Rates are charged per kilometre and are raised slightly if you are travelling outside of the city limits. Taxis are best caught by the train station or arranged by phone.