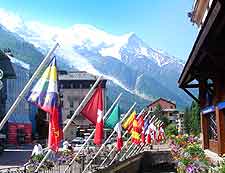 A beautiful chunk of Switzerland surrounds Geneva and contains many attractions worthy of a day trip. La Givrine is a buzzing alpine resort some 50 km / 31 miles from Geneva and boasts an array of recreational activities and outdoor attractions, whatever the time of the year or season.

One of Switzerland's most visited cities, Lausanne can be reached in less than one hour and stands around 62 km / 39 miles to the north-east of the city. However, Geneva is also interestingly extremely close to the French border and as such, both its town of Chamonix-Mont-Blanc and city of Lyon are also just a relatively short journey away. 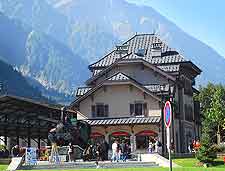 Although Chamonix is actually a French town and located on the far eastern side of France, next to the base of Mont Blanc, it is actually only an hour's drive from central Geneva. Chamonix has become a leading winter sports resort in this part of France and is known for its breathtaking cable car rides, which travels up the Aiguille du Midi mountain and was actually the highest cable car on the planet for over 20 years. During the summer months, Chamonix is a haven for alpine mountaineers, mountain bikers and hikers, while as soon as the snowy winter weather arrives, crowds of skiers and snowboarders descend on its six main ski areas, which feature a number of off-piste runs.

During the summer months, tourists flock to La Givrine to enjoy the hiking trails, mountain biking and spectacular views. However, it is in the snowy winter months that La Givrine really comes into its own, offering a choice of winter sports, including skiing, snowboarding and also tobogganing. Ski equipment is available for both rental and purchase around La Givrine. 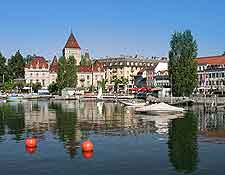 Many of the most visited of all the attractions in Lausanne are based around its historic Old Town (Vieille Ville), where the Cathédrale de Lausanne dominates the area. Also in this part of the city and located on the Place de la Palud, the Town Hall (Hôtel de Ville) features a series of art-related exhibitions and events. Family based tourist attractions include the AquaSplash Renens water park on the Avenue du Censuy, the Bellerive Plage beach resort, water sports around Lake Geneva (Lac Léman), and the Vivarium de Lausanne on the Chemin de Boissonnet, where many reptiles and invertebrates await. The harbour area of Ouchy is also a great place to explore and many visitors come here for the boat trips to nearby Évian-les-Bains. 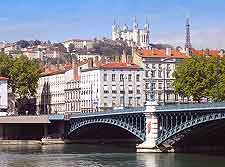 Address: France
The French city of Lyon is actually surprisingly close to Geneva and can be reached in less than two hours by car, being situated just under 150 km / 93 miles to the south-west. Attractions in Lyon are widespread and many are based within the Renaissance quarter of Vieux Lyon, which is a great place for an afternoon walk. A funicular railway links the elevated Roman amphitheatre atop the Fourvière hill, while other highlights reside within the La Croix Rousse district, and around the Presquile area, where Lyon's opera house and town hall are based, on the Place des Terreaux. Other attractions worth looking out for include the Basilique Notre-Dame de Fourvière, the Cathédrale St. Jean, the Amphitheatre Gallo Romain and the Aquarium du Grand Lyon, where big sharks and colourful marine fish are always popular with children.