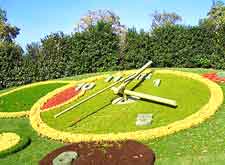 Each year, a host of different festivals take place in Geneva, including endless traditional Swiss celebrations, markets and concerts. Many of these events take place within the Palexpo exhibition centre on La Voie de Moens, where you can enjoy the Salon International du Livre book fair each April, various paintings and sculptures at the Europ'Art in May, and the Geneva Ideal Home Exhibition in November, known locally as the Foire de Genève and attracting in excess of 300,000 people.

Music lovers should look out for regular concerts by the highly acclaimed Chamber Orchestra of Geneva (L'Orchestre de Chambre de Genève), or check the calendar for the vast SEG Geneva Arena on the Route des Batailleux, where many massive concerts, expos, festivals and other events are held. Those who prefer sport will find many different sporting events often hosted by the Stade de Champel stadium on the Route de Vessy, while for culture, live music and plenty of other things to do, check out the Salles des Fêtes de Thônex on the Avenue Tronchet.