Stockholm Weather, When to Go and Climate Information 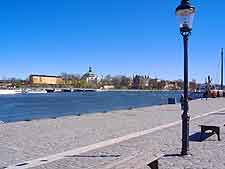 Although Stockholm has a fairly northerly location in Europe, the climate is generally fairly temperate and not necessarily as cold as many visitors expect. The warm summer months are always popular and without doubt when Stockholm is at its best, with plenty of sunny weather to go around. Both June and July experience almost 19 hours of daylight.

However, by the time that winter arrives, the daylight hours soon begin to reduce, with December and January featuring around six or seven hours only, when the sun sets as early at 15:00 or 16:00 in the afternoon. The seasonal climate changes in Stockholm are extremely distinctive and varied, with the winter solstice festivities taking place towards the end of December each year. January and February tend to be the coldest months and snowy weather is most likely. 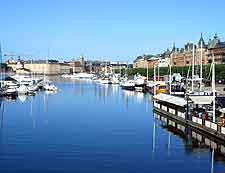 Christmas time in Stockholm is cause for celebration, although visitors will find that for these few days, much of the city completely shuts down and many leading attractions close for the holiday season. However, despite the chilly weather and climate, winter is still a popular time to visit Stockholm, when ice skating is possible on nearby Lake Getaren, and downhill skiing available within easy reach of the city, at resorts such as Botkyrka, Hellasgarden, Lida Friluftsgard and Rudan, which even features its very own snowmaking equipment.

The Swedish summer climate is generally warm and sunny, and at times even hot. Between June and August you can expect temperatures to regularly top 20°C / 68°F and can even rise to 30°C / 86°F, with fairly nominal rainy weather. However, August is predictably the wettest month and can be a little damp.