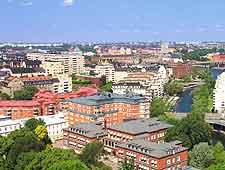 Built upon a group of islands, Stockholm contains many interesting districts and surrounding suburban neighbourhoods. At the top of everyone's list is a visit to the Old Town district of Stockholm (Gamla Stan), which is where the city began its life and known to date back as far as the 13th century, therefore being steeped in history.

A fairly upmarket area of Stockholm, Östermalm is a densely populated district and known for its 17th-century elegance and exclusive neighbourhoods. Once very much home to the working-class element of Stockholm, the Södermalm of today is quite different and is actually linked to the rest of the city by a series of bridges, with Gamla Stan lying to the north.


A major district in the very heart of Stockholm, Norrmalm comprises the boroughs of both Vasastaden and Skeppsholmen, along with the actual borough of Norrmalm itself. Vasastaden is mainly residential, with shops and nightlife attractions around Odenplan Square, and is actually so large that it tends to be considered as an entirely separate location 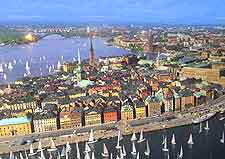 Filled with cobblestone streets and also known as either the Gamla Stan or the Staden Mellan Broarna, Old Town Stockholm is mainly based around the island of Stadsholmen, although the neighbouring islets are generally considered to be neighbourhoods. In the very heart of Gamla Stan, the Stortorget (Big Square) dominates the area and is actually the oldest of all Stockholm's public squares. Many important buildings surround the Stortorget, such as the Stock Exchange (Börshuset) and the Nobel Prize Museum, along with many other buildings in rich shades of red, yellow and orange. 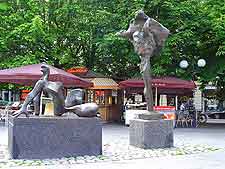 Within Östermalm, Stureplan Square is one of the best places to shop, eat and drink, although a smaller selection of similar attractions are also based around the nearby Karlaplan Square. Östermalm is home to the Stockholm University complex, a historic campus dating back to 1878 and today home to almost 40,000 students. Many people also visit the district of Östermalm for its Gröna Lund theme park and Skansen Museum and Zoo, both of which are located within the area of Södra Djurgarden. 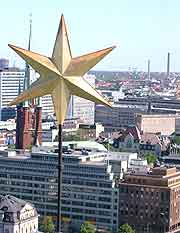 To the east of central Stockholm, Kungsholmen contains a number of the city's most famous landmarks, such as the glorious Stockholm City Hall (Stadshuset), which was completed in 1923 and dominates the waterfront with its red bricks, which number more than eight million.

On the western side of Kungsholmen is an extensive selections of bars and affordable eateries, which stand close to the ever-busy Västermalmsgallerian shopping centre. Kungsholmen also encompasses a number of appealing boroughs, such as Kristineberg, Lilla Essingen and also Stadshagen, where wild black rabbits are a common sight. 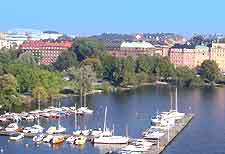 Södermalm actually comprises two separate boroughs, those of Katarina Sofia and Maria Gamla Stan, and the neighbourhoods of Asö, Högalid and Maria Magdalena. Many art galleries can be found within the Södermalm, such as the Galleri Knall, the Galleri Kontrast and the Galleri Metallum, while if food is on your mind, head to the central Medborgarplatsen (Citizen's Square), which is surrounded by numerous eateries. Each year in August, this part of Stockholm comes alive and 30,000 people descend on the Södermalm's Pride Park for its annual Gay Pride festival. 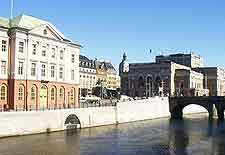 Many places of interest are scattered all around the neighbourhoods of Norrmalm and tourists visiting this part of Stockholm should definitely look out for the King's Pavilion (Borgen) on the Greve Von Essens Väg, the Centralbadet swimming pool on Drottninggatan, the Museum of Dance (Dansmuséet) on the Gustav Adolfs Torg, and the Royal Dramatic Theatre (Dramaten) on the Nybroplan. However, if you are lucky enough to be visiting Stockholm's Norrmalm district during the month of August, then get ready to join in the Viking celebrations, which culminate in a huge party at the Dragon Boat Festival.