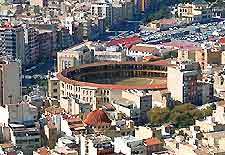 Alicante contains a number of notable historic buildings, landmarks and monuments, which combine to give the important city of Alicante tremendous character and charm. Amongst the most striking landmarks in Alicante, the Cathedral of St. Nicholas of Bari is famous throughout the area and features particularly impressive architecture, while Alicante's bullring hosts many popular events, including seasonal fiestas. 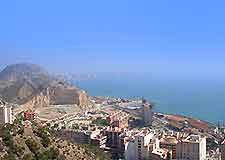 Address: Monte Benacantil, Alicante, Costa Blanca, Spain
Tel: +34 965 26 31 31
Alicante's Castillo de Santa Bárbara was built in the 9th century and overlooks much of the city, standing in an elevated position, on Mount Benacantil. Over the years the castle has been renovated and restored, with a number of additional fortifications added, although it still retains its original Moorish charm.
Open hours: daily
Admission: free 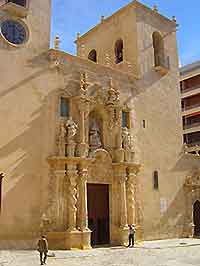 Address: Plaza Abad Penalva, Alicante, Costa Blanca, Spain
Tel: +34 965 21 26 62
The historic Cathedral of St. Nicholas of Bari is one of the main landmarks in Alicante and is close to a number of attractions, with plentiful bars and coffee shops nearby. Featuring Renaissance-style architecture, an ornate cloister, Baroque doors, an impressive altarpiece and a Communion Chapel, the cathedral dates back to the 17th century and is known for its large and instantly recognisable dome.
Open hours: daily
Admission: free 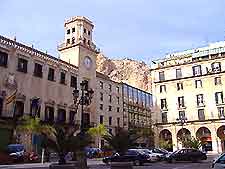 Address: Plaza del Ayuntamiento 1, Alicante, Costa Blanca, Spain
Tel: +34 965 14 92 92
Alicante Town Hall is one of the city's most eye-catching landmarks and dates back to the mid-18th century. Known for its detailed Baroque-style façade, twin towers and elaborate interior, the town hall is worth a visit and hosts a number of seasonal events during the year.
Open hours: daily
Admission: free