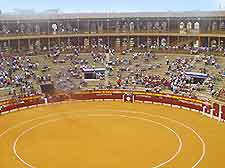 The Alicante area features many seasonal events and festivals, which include colourful carnival parades, dances and fiestas. Locals in Alicante like to party and highlights include popular Easter parades and celebrations, bonfires and fireworks around St. Barbara Castle each June, and a noteworthy jazz festival each summer. Also worth noting when visiting Alicante in April, the popular Santa Faz Pilgrimages event attracts around 200,000 people and is one of the area's largest festivals.

For the latest up-to-date information about seasonal events and concerts in the Alicante area, refer to local newspapers or the tourist information centres.