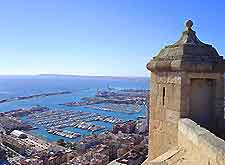 Alicante features a relatively compact city centre, with a concentration of notable tourist attractions within easy reach of each other, particularly around the Historic Quarter. Home to approximately 15 km / 9 miles of sandy beaches, one of the main beach attractions in Alicante is San Juan Beach (La Playa de San Juan), connected to the main harbour area in Alicante by streetcars and is especially popular with tourists.

For those who enjoy walking, Alicante's Explanada de Espana is an appealing seafront promenade, offering superb views and lined with palm trees. Other popular tourist attractions in Alicante include the lively marina area, regular performances at Alicante's Teatro Principal, shopping around the Plaza del Puerto Viejo, and an array of nightlife. 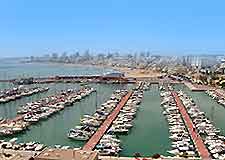 The city's marina area is a particularly lively and vibrant part of Alicante and offers an array of tourist attractions. Many of the best restaurants and bars can be found along the waterfront, serving dishes made with freshly caught seafood. Alicante's marina also often features boat hire and pleasure trips around the harbour.
Open hours: daily
Admission: free

Home to a seemingly endless selection of restaurants and cafés, many of which feature outdoor dining patios during the summer months, Alicante's nightlife has long been one of the city's main draw cards. The perfect way to end a day on the beach, tavernas in central Alicante are particularly plentiful in the 'El Barrio', the historic city centre. A number of nightclubs are also available in this area and often remain open until the early hours of the morning, with 'La Zona' being one of city's main night spots. Weekends are when the partying really starts and during the summer, many large fiestas take place throughout the area.
Open hours: daily
Admission: free 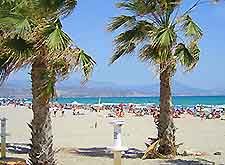 Connected by the regular electric streetcar, which travels twice an hour from Alicante's main harbour area to the Melia Hotel, San Juan Beach is one of the city's premier sandy beaches and is situated around 7 km / 4.5 miles from central Alicante. Lined with a good selection of shops, bars, cafés and restaurants, San Juan Beach is the perfect spot for both sunbathing and swimming, and offers excellent amenities, including tourism information and leisure areas.
Open hours: daily - 24 hours
Admission: free

Alicante's Teatro Principal is a major entertainment venue in the city and offers an extensive calendar of events. With many theatrical performances, concerts, operas, ballets and jazz festivals, the theatre's shows are quite varied and often extremely popular, particularly during the high season.
Open hours: daily, hours vary according to event
Admission: charge for event

Alicante's Plaza del Puerto Viejo can be found close to the marina and is surrounded by a number of shops, cafés, bars and historical buildings. The square is known for hosting a major festival during the summer, with an array of festivities, include outdoor celebrations and concerts.
Open hours: daily
Admission: free