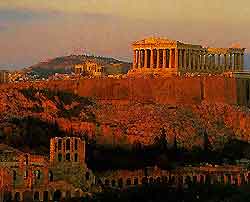 The Greek capital of Athens certainly is a paradise for tourists and the city boasts some of the very best attractions within the whole of Greece. When you first arrive in Athens, do consider joining a guided bus tour of the city, where you can sightsee in comfort and pass many of the most visited tourist attractions along the way, whilst enjoying informative commentary.

Those with a keen interest in the rich Olympic heritage of Athens should pay a visit to the simply enormous Panathenaic Stadium, which remains in a remarkable state of repair and is actually the only stadium on the planet to be built solely with white marble. Tourist with children will favour the family friendly attractions at the Attica Zoological Park, which is to be found within the neighbouring suburb of Spata.

Air-conditioned guided bus tours operate throughout the day in Athens, and there is even a guided bus tour at night. English speaking guides are on board the bus and time is allowed for walking around at some of the stops, to take in the beautiful surroundings. There are also hop on / hop off guided bus tours and these provide an easy way of sightseeing. With daily hop on / off tickets, they are also a very useful way to travel around Athens, since you can leave the bus to explore and get back on when you are ready.

Address: Yalou, Spata 190 04, Greece
Tel: +30 210 663 4724
Opened in 2000, the Attica Zoological Park is home to over 270 different species of bird and is actually the third largest bird park in the whole world. Situated on the outskirts of Athens, in the Spata area, as well as many tropical birds, Attica Zoological Park also keeps kangaroos, llamas, reptiles and other small animals. With a children's play area, picnic area and café, this is a good place for a family day out. The park is easy to reach by using Metro Line 3.
Open hours: daily - Summer 09:00 to 19:30, Winter 10:00 to 17:00
Admission: charge 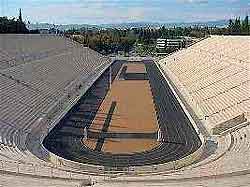 Address: Vassileos Konstantinou Avenue, Athens 116 35, Greece
Tel: +30 210 325 1744
The Panathenaic (Panathinaiko) Stadium is situated at the base of Ardittos Hill, in the Pangrati region of Athens. This popular attraction actually hosted the very first modern day Olympic games of 1896, and the current stadium was constructed on the site of the original stadium, which was built almost 2,300 years ago.

Panathenaic Stadium is used for many large events in the city and has a maximum capacity of some 80,000 people. The stadium can be easily reached by bus.
Open hours: daily

Address: Vassilissis Sofias Ave, Athens 115 21, Greece
Tel: +30 210 728 2333
Athens' Concert Hall, known as the Megaron, is a truly world-class venue, with outstanding acoustics. Located in the Mavili region, the exterior is made of marble and inside the building is equally stylish. With two concert halls, one large with 2,000 seats, one smaller with 500 seats, this' Concert Hall has many famous stars perform here. The nearest Metro stop in Megaro Moussikis Station one Metro Line 3.
Open hours: opening hours vary, depending on performances
Admission: charge