Getting Around, Coventry Travel, Transport and Car Rental 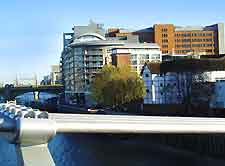 Traditional methods of public transport are available in the city of Coventry. Bus travel is particularly popular and provides an inexpensive way to travel around Coventry and beyond, linking many nearby market towns.

Those looking to travel longer distances from Coventry will find the city's regular coaches and trains an excellent, reliable and affordable option. The bus station can be found close to Priory Place and the New Buildings, while Coventry train station is located just a short distance from the War Memorial Park.

Address: Rowley Road / Baginton Road, Baginton, Warwickshire, CV8 3AZ, England, UK
Tel: +44 (0)24 7651 1615
An extremely small airport located around 6 km / 4 miles to the south of the city, in the nearby village of Baginton, Coventry Airpor has expanded is recent years. Serving just a handful of airlines, including Thomsonfly and Wizzair, flights here travel to a number of European destinations, in the Channel Islands, France, Netherlands, Italy, Portugal and Spain. 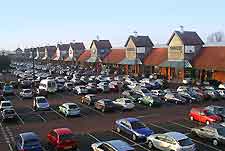 Renting a car is a popular option for tourists visiting the Coventry area and arriving by other means. A car enables you to travel outside of the city and with so much to explore, including a seemingly endless selection of market towns and historic villages, a car is the perfect way to travel with ease and confidence. All routes are clearly signposted and distances are always displayed in miles. Various park-and-ride sites are scattered around the city's ring road, and several car parks can also be found close to the city centre, both short stay and long stay. These include parking off Bond Street, Fairfax Street, Market Way, New Union Street, Priory Street, Salt Lane, Tower Street and also at the West Orchards Shopping Centre. 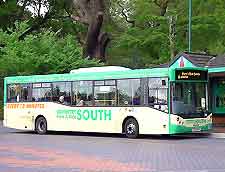 Tel: +44 (0)24 7655 9559
Coventry's bus station is located on the north-eastern side of the city, along Fairfax Street and close to the Millennium Place. Car parking is available alongside the bus station and local city bus services are operated by Centro, with various routes and bus stops covering the majority of the city. Buses also travel to many nearby towns and cities, including Kenilworth (25 minutes), Leamington Spa (40 minutes), Leicester (one hour), Stratford upon Avon (one hour and 15 minutes) and Warwick (55 minutes). Whilst buses and National Express coaches connect many additional cities further afield, train travel is usually considerably quicker.

Coventry Train Station can be found to the south of the city centre and just outside of the ring road's Ringway St. Patrick's stretch. Standing on Station Square and close to Eaton Road, Manor Road and Warwick Road (A429), the city's train station features many regular trains to London's Euston station, which travel every 30 minutes throughout the day, with a journey time of roughly one and a half hours. Train transport is also available for those looking to travel from Coventry to nearby Birmingham, with trains running every ten minutes and reaching Birmingham is under 30 minutes.