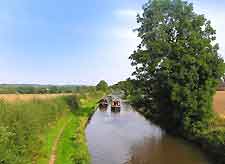 The surrounding market towns close to Coventry are full of interesting attractions, many of which include historical buildings and castles.

Especially popular, Warwick Castle can be found in the county town of Warwick, to the south-west of Coventry, and is full of ancient attractions dating back to the 11th century.

Other popular attractions lie within the nearby market towns and villages of Rugby, Kenilworth, Stoneleigh and Leamington Spa, all of which are just a short drive away. 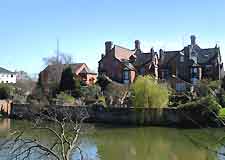 Rugby stands in the very centre of Warwickshire's appealing countryside and is perhaps most famous for being the official home to the sport of Rugby football. Close to Coventry, many of the main attractions here have a strong sporting theme and include the Rugby Football Museum, which contains a host of rugby memorabilia. The town also contains a noteworthy art gallery and museum, and stands alongside the particularly attractive Oxford Canal. 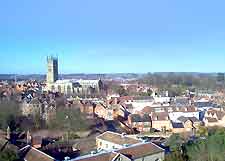 Warwick is a traditional market town with plenty of medieval character to go around. The central Market Place is a particularly busy spot and also full of energy. Each Saturday, the open-air markets always attract large crowds, while those looking for history will find a visit to Warwick Castle a memorable one. Built almost 1,000 years ago, Warwick Castle overlooks the River Avon and is one of the town's main tourist attractions. The town's racecourse, local museum and Hatton Country World are also worth a look.

The nearby towns of Bedworth and Nuneaton lie just a short drive to the north of Coventry and are especially famous for their strong links with the acclaimed Victorian novelist, George Eliot. Amongst the many landmarks in this part of Warwickshire, Arbury Hall stands out and is an outstanding stately home built in the late 19th century and resembling a castle. Arbury Hall stands in around 300 acres / 120 hectares of parkland and gardens.

Kenilworth and Stoneleigh are both particularly historic locations and deserve a visit. The eye-catching 13th-century Kenilworth Castle is one of the many highlights in the town of Kenilworth and offers impressive views over the main High Street area. Nearby, Stoneleigh contains the imposing Stoneleigh Abbey, which is located on the south-western side of the village and was built in the 16th century. Stoneleigh Park and the summer Town and Country Festival are further highlights.