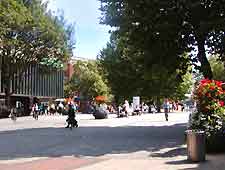 An exciting city in the county of West Midlands, Coventry is encompassed by a long ring road and most places of interest can be found within this area. High Street lies in the very heart of Coventry and marks the starting point of the main shopping district, leading to the Cathedral Lanes Shopping Centre, Broadgate and also the West Orchards Shopping Centre, to the north-west.

To the south-east of High Street, the Civic Centre, Magistrate Courts and the Police Station are important buildings. These are situated around Earl Street, Little Park Street and St. John's Street.


Several park and rides are located around the outskirts of Coventry and offer an easy and inexpensive solution to any inner-city parking problems, being linked by regular buses. Park and rides can be found along Fairfax Street, Gosford Street, Hales Street, New Union Street and Queen Victoria Road. Here are Coventry's main locations, districts and local neighbourhoods. 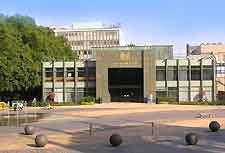 On the eastern side of the city and along Cox Street, Coventry University is home to around 17,000 students and a result of its location, this area has a fairly youthful vibe and a number of cheap eateries and buzzing clubs. Further university buildings can be found nearby and just past the Ringway Whitefriars stretch of the ring road.

Many of Coventry's main attractions lie on the western side of the city and close to Corporation Street, including the Library and Belgrade Theatre, which seats almost 900 people and is a building of historical significance, being the first theatre of its kind to be built after World War II. Also in this neighbourhood, the SkyDome Arena complex is a multi-purpose entertainment venue, with seating for 3,000 and multiple cinema screens, cafes and restaurants. Nearby, the Planet Ice Arena along Croft Road is a large, public ice skating rink, where ice hockey matches regularly take place.