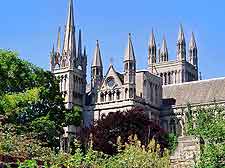 In the city centre itself, Peterborough Town Hall is an important local landmark, along with the Guildhall and Lido building. However, it is Peterborough Cathedral (the Cathedral Church of Saint Peter, Saint Paul and Saint Andrew) that is the city's crowning glory, and as you walk through the precinct and catch your first glimpse of the cathedral, you will find the sight truly breathtaking.

Located just a 20-minute drive from central Peterborough and within the nearby historic town of Stamford, Burghley House is one of the region's most magnificent landmarks and important English country houses. Built in the 16th century and now Grade I listed, Burghley House contains more than 100 individual rooms and it quite palatial in its appearance, featuring classical Elizabethan architecture at its finest. 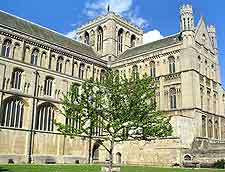 Address: 12A Minster Precincts, Peterborough, Cambridgeshire, PE1 1XS, England, UK
Tel: +44 01733 343342
One of England's finest Norman landmarks still standing, Peterborough Cathedral is officially named the Cathedral Church of Saint Peter, Saint Paul and Saint Andrew. This is an enormous and very beautiful building of grand proportions, and inside the drama continues, with incredibly high vaulted ceilings and lots of natural light. Peterborough Cathedral is known to originate from the mid-7th century, when it began its life an a monastery although much of its present-day architecture dates from the 12th century, when it was substantially rebuilt over a period of some 120 years. Notable highlights include the 13th-century nave ceiling, the tomb of Queen Catherine (Katharine) of Aragon, the former tomb of Mary, Queen of Scots (now buried at Westminster Abbey), and the spectacular fan vaulting within the 15th-century 'New' Building.
Open hours: daily - 09:00 to 18:15
Admission: requested donation 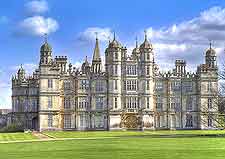 Address: 61 St. Martins, Stamford, Lincolnshire, PE9 2LQ, England, UK
Tel: +44 01780 752451
Many visitors from Peterborough come to Burghley House to enjoy a stroll around the beautiful gardens, which were landscaped by Lancelot 'Capability' Brown in the latter part of the 18th century, who also created the estate's expansive lake at this time. New additions to the grounds include the Garden of Surprises and the Sculpture Garden. The house is open to the public, with guided tours of the state rooms taking place each afternoon at 15:30. A collection of valuable works of art hang on the walls, including numerous Italian paintings from the 17th century. Due to its grandeur and period appearance, a number of television productions and movies have filmed scenes here, including movies such as Pride and Prejudice (2005), The Da Vinci Code (2006) and Elizabeth: The Golden Age (2007).
Open hours: late March to October, Monday to Thursday, Saturday and Sunday - 11:00 to 17:00
Admission: charge, discounts for children under 15 years old, students, families (two adults and two children) and seniors, children five years old and under are free 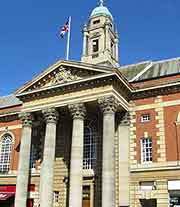 Address: Bridge Street, Peterborough, Cambridgeshire PE1 1HG, England, UK
Tel: +44 01733 747474
Home of the Peterborough City Council, the Town Hall is a grand building and dominates much of Bridge Street, where it backs onto St. Peters Street. Opened in the autumn of 1933 after more than 60 architects submitted their designs, the Town Hall features an imposing four-column portico and an equally elaborate interior. The Mayor's Parlour is amongst the most lavish rooms and is decorated throughout with oak panelling. Various events are staged here each year, such as the civic proclamation and traditional sausage lunch during the historic Bridge Fair (Brigge Fair).
Open hours: Monday to Friday - 09:00 to 17:00
Admission: free 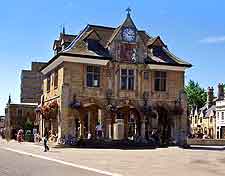 Address: Cathedral Square, Peterborough, Cambridgeshire, England, UK
A familiar sight on Cathedral Square, the Guildhall was completed in 1671 and has become a focal point for the city ever since. The upper floor is supported by a series of columns, creating an open ground floor, which was historically used for local markets, where poultry, butter and other regional produce was once sold. Each summer, many open-air events are centred around the Guildhall, including concerts and markets.
Open hours: daily - 24 hours
Admission: free 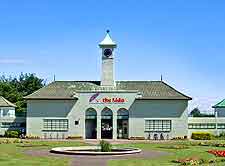 Address: Bishop's Road, Peterborough, Cambridgeshire, PE1 5BW, England, UK
Tel: +44 01733 343618
The Lido outdoor swimming pool is famous in Peterborough for its striking Art Deco architecture and dates back to the mid-1930s. Designated as a building of special interest and now Grade II listed, the Lido is open throughout the summer months and is used by literally thousands of swimmers each year, being at its busiest on sunny weekend afternoons. As well as the main swimming pool, there are also two further pools, for paddling and learning, all of which are heated. There is also a large adjoining grass area, used for sunbathing, together with a balcony and cafe.
Open hours: daily, May, June and September - 09:00 to 18:00; July and August - 09:00 to 20:00
Admission: charge, discounts for children under 15 years old, children five years old and under are free 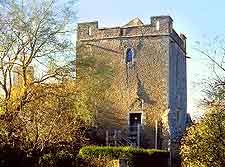 Address: Thorpe Road, Peterborough, Cambridgeshire, PE3 6LW, England, UK
Tel: +44 01536 203230
A three-storey 14th-century tower located on the westerly outskirts of Peterborough, Longthorpe Tower lies next to Thorpe Park and is most easily reached by taking the Thorpe Road (A1179) or the Soke Parkway (A47). This ancient monument contains an exceptional collection of domestic wall paintings, which are arguably the most complete and important in the whole of northern Europe. Longthorpe Tower is now owned and managed by the English Heritage.
Open hours: April to September, Sunday - 10:00 to 17:00
Admission: charge, discounts for children and seniors, members of the English Heritage are free 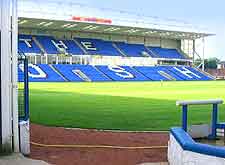 Address: London Road, Peterborough, Cambridgeshire, PE2 8AL, England, UK
Tel: +44 01733 563 947
Affectionately known to locals as 'The Posh', the Peterborough United Football Club was established as long ago as 1934 and regularly play at their home ground on London Road. The multi-purpose London Road Stadium is even older than the club itself and was built roughly 100 years ago. With an overall capacity for more than 15,000 spectators, the stadium has seen some epic games in the past, when the city played the likes of Liverpool, Manchester United and Newcastle United, along with other world-class teams.
Open hours: hours vary according to event
Admission: charge for events and soccer matches 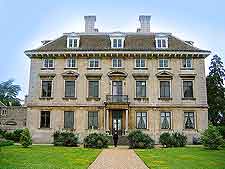 Address: Thorpe Road, Thorpe Park, Peterborough, Cambridgeshire, PE3 6LW, England, UK
Tel: +44 01733 263389
Situated close to Longthorpe Tower and within Thorpe Park itself, Thorpe Hall is a Grade 1-listed landmark and was built in the middle of the 17th century, during a time when very few manor houses were actually constructed. Once used as a hospital, Thorpe Hall currently functions as a hospice and has an interesting history. The surrounding landscaped gardens are open to general members of the public all through the year and are the main attraction here. Thoroughly restored in the late eighties, the gardens contain historic urns, mature trees, a sunken rose garden, waterfalls, lakes and a large rock garden, planted with conifers and Alpine plants.
Open hours: gardens only - daily
Admission: free