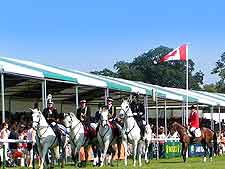 Featuring everything from dragon boat racing and cheese rolling, to an annual beer festival and even an increasingly popular conker championship, the events calendar of Peterborough is certainly diverse. Most yearly events and things to do tend to take place during the summer months, at venues around Peterborough, such as the Exec Exhibition Centre at the East of England Showground, Ferry Meadows and Burghley House, where the annual Burghley Horse Trials is a particular highlight every September.

Each year, the festivals and exciting celebrations staged at the East of England Showground attract almost one million visitors in total, who come here to see events such as the Peterborough Truckfest, the National Shire Horse Show and the East of England Show itself. At the Nene Valley Railway, the Thomas the Tank Engine days are always firm favourites with the children, with spooky evening Thomas Halloween Train specials quickly becoming fully booked. 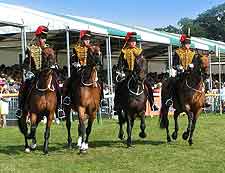 The main annual events in Peterborough are as follows: