Luxor Weather, When to Go and Climate Information 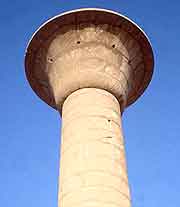 Luxor is known throughout Egypt for its extremes in both temperature and weather, with intensely hot and almost unbearable summers, and cooler, more pleasant winters.

The weather in Luxor is dry for much of the year, resulting in a fairly arid landscape and a dusty environment at times.

A well-known phenomenon is Luxor is the hot spring winds, which occur most years in either March, April or May. Known to the Egyptians as the 'Khamsin' winds, this gusty weather brings with it sands from the parched westerly desert areas and can cause extreme fluctuations in the climate, when temperatures may increase quickly within just an hour or two. 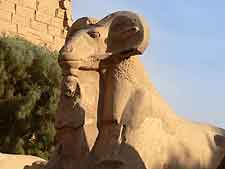 Located next to the famous River Nile, the city of Luxor is best visited between October and March, which tends to be the main high season in this region. At this time of the year, the climate in Luxor is especially appealing and you can expect daytime averages of between 25°C / 77°F to 30°C / 86°F, dropping sharply as the sun disappears and night-time approaches.

The climate during the summer months of June, July and August feature temperatures which are ludicrously high and quite intolerable, exceeding 40°C / 104°F and averaging 41°C / 106°F. Luxor's summer months tend to be rather quiet and at times, the city can feel a little deserted, when locals head to cooler resorts, such as Alexandria and Hurghada, for their summer holidays.