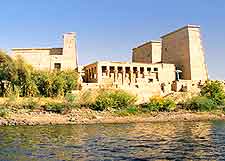 Luxor has just two main districts - the East and West Bank, within which all of the city's attractions are located and main activities are conducted. The East Bank is much busier than the West Bank and the focal point of many of Luxor's businesses and amenities.

The West Bank is home to some of the most interesting architectural sights within the city of Luxor and is reachable from the East Bank by a short boat ride. Here is some useful information about Luxor's most important districts. 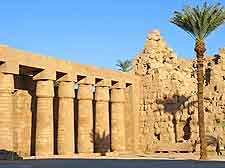 The East Bank is in fact the central region of Luxor, being situated around the focal points of the Temple of Karnak and the Temple of Luxor. The city's main glut of hotels and tourist facilities are located in the East Bank district. The district is comprised of four main streets or drags within which all of its activity are conducted. The Corniche el-Nil runs along the east bank of the Nile and connects most of the major attractions in this part of Luxor, while the Sharia al-Mahatta connects the railway station with the Luxor Temple area. The Sharia Karnak runs inland parallel to the Corniche and the Nile, while the Shari Televizyon is the southern part of the district and the place to find reasonably priced accommodation. 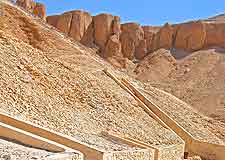 The West Bank is the western shore of the Nile in front of Luxor and is popularly considered a more significant architectural haven than the East Bank.

While the majority of tourists stay on the East Bank, the West Bank district is becoming increasingly more tourist friendly from the perspective of accommodation and has the advantage of having attractions, such as the Valley of the Kings, right on its doorstep.