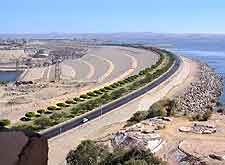 Whilst the numerous attractions of Luxor are plenty for many visiting tourists, others choose to venture outside of the city limits and find their efforts more than rewarded.

Attractions close to Luxor include the town of Aswan, where the Aswan Dam has captured the famous River Nile, creating the neighbouring Lake Nasser. When the dam was constructed many hundreds of ancient temples and tombs of Nubia were flooded, although some were relocated prior to the flooding.

Further attractions within reach of Luxor include the market town of Qena, the bustling city of Sohag, and the superb coastal resort of Hurghada, where scuba diving and snorkelling are especially popular. 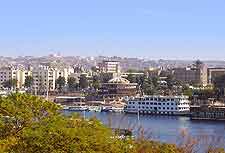 Aswan is a historic town with a handful of outstanding attractions from the past. Located directly south of Luxor, Aswan is perhaps best known for being close to the magnificent Temple of Isis, which can be found on the Agilkia Island, being reached by boat. Other highlights in this part of Egypt include the Aswan Dam, Elephant Island, the nearby Temple of Ramses, and the Northern Quarries, which contain the well-known site of the unfinished obelisk. Aswan is linked to Luxor by regular trains, which also connect Cairo and other prominent destinations. 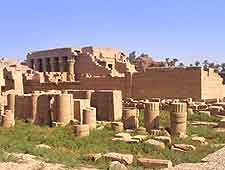 The town of Qena lies just over 60 km / 38 miles north of Luxor and most visitors looking for attractions here head straight for the breathtaking temple complex in Dendara, on the outskirts. A popular day trip, Qena has little else of interest, although there are two prominent service taxi stations, which serve various locations both north and south of the town.

Sohag is a large city on the north-western side of Luxor and is home to a population of more than 225,000 people. An important local administrative centre with a rather underdeveloped tourist industry, one of the main attractions in Sohag is without doubt the White and Red Monasteries, which can be found in the suburbs. Also worth a visit is the nearby town of Akhmin, which lies across the river. 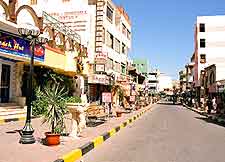 Standing to the north-east of Luxor, the lively resort of Hurghada is the perfect place to head if you are looking for some of the best dive spots Egypt has to offer. Hurghada has grown considerably in both size and popularity since its days as a small fishing village and today boasts some truly exceptional underwater scenery. The best dive sites in Hurghada are sited off the coast, being reached by boat. Many further attractions around the Nile Valley are just a short drive from the town.