Ethiopia Weather, When to Go and Climate Information 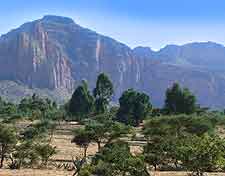 Ethiopia experiences two main climate seasons - a dry season and a rainy season. However, differences in altitude tend to add a number of variations, both in terms of temperatures and rainfall.

Lowland areas usually see hotter temperatures than in the Highland regions, which cover a great deal of Ethiopia. Here, weather conditions are noticeably cooler and there are also generally higher levels of rainfall to be expected. 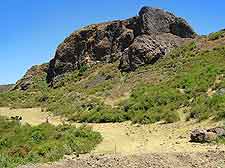 During the period from June to the end of August, Ethiopia enjoys its summer monsoon season, when rainfall is at its heaviest and thunderstorms often occur. Whilst it is quite cloudy at this time of year, visitors can usually enjoy at least a couple of hours of sunshine each day.

In the highland regions of Ethiopia, the climate tends to be fairly warm, with average temperatures of 25°C / 77 °F. Lightweight clothing is recommended for the day. However, at night, temperatures can drop dramatically, so it's wise to also pack some warm sweaters.

From October to May, Ethiopia has its dry season. This is the time of year when most visitors choose to come to Ethiopia and hence can be classified as its 'peak season'. There is some rainy weather, although this is usually nothing more than the odd light shower.

The period from December to February can be classified as Ethiopia's 'winter' season, when the overall climate is a little cooler than during the rest of the year. From March to May, temperatures are on the rise again. In Addis Ababa, May can often be the hottest month. However, nighttime temperatures do fall quickly, with average low temperatures of around 2°C / 36°F.