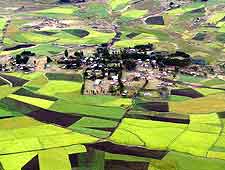 Officially known as the Federal Democratic Republic of Ethiopia, this famous country is located in the Horn of Africa and is close to the easterly shoreline of both the Red Sea and the Gulf of Aden, where it remains entirely landlocked. Ethiopia is now one of world's oldest countries and the second-most densely populated in the whole of Africa, being bounded by the countries of Djibouti, Eritrea, Kenya, Somalia and Sudan.

Addis Ababa serves as Ethiopia's capital city and has a population of more than 2.7 million people, being based in the very heart of the country. There are also a number of further noteworthy towns and cities in this enormous region of Africa, such as Addis Alem, Aksum (Axum), Bahir Dar, Dire Dawa, Gondar (Gonder), Harar, Lalibela, Mekele, Nazret and Sodere.

It is always a sensible idea to bring relevant maps with you, so that you can get your bearings and plan your excursions. Maps are certainly essential if you are intending to explore much of Ethiopia and not simply stick to one destination.

Visitors who are only here for a fortnight will find that it is quite possible to tour the main places of interest around Ethiopia. If you are heading from Sudan to Kenya, your itinerary should definitely include trips to Gondar, Bahir Dar, Lake Tana, Addis Ababa and Awasa. Those here for a little longer should check out the Simien Montains, the Mix Harar area, and the rich African flora, fauna and native tribes within the Lower Omo Valley. The main regions of Ethiopia are as follows, complete with their main cities: 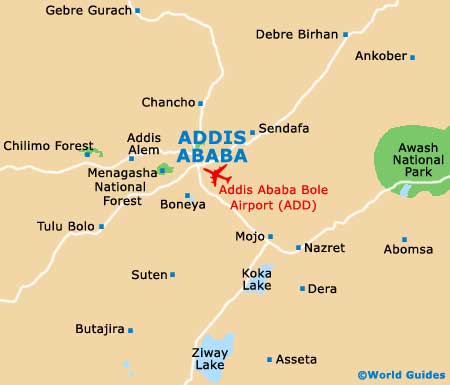