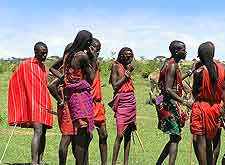 Ethiopia has more than enough tourist attractions to keep even the most ardent sightseer entertained. However, neighbouring countries may also be worth exploring if you have time and want to really get to know this region of Africa.

For some countries bordering Ethiopia, such as Eritrea and Sudan, the past decades have not been without their troubles. Nevertheless, if safe access is possible at the time of your visit, then a wealth of historic attractions and sites lie within reach. 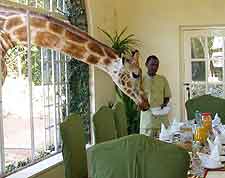 It is worth heading over the border between Ethiopia and northern Kenya to visit Lake Turkana, the world's largest desert lake. On the north-eastern lake shore is Koobi Fora, also known as the 'Cradle of Mankind' and the site of Dr. Leakey's archaeological discoveries in the 1970s. Other lakeside attractions include a petrified forest at Alia Bay, the Sibiloi National Park, and Loyangalani, a traditional oasis that offers a fascinating glimpse into traditional Turkana life. Also in northern Kenya is the town of Marsabit, located on an extinct volcano. Visitors can enjoy splendid views of the nearby desert, as well as the surrounding Marsabit National Park, whilst an overnight stay at the Giraffe Manor in the city of Nairobi is also recommended. 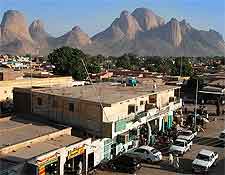 Situated at the point where the Blue Nile and the White Nile rivers meet, the Sudanese capital city of Khartoum is where most visitors to Sudan focus their attentions. Attractions include several museums, the historic Muslim settlement of Omdurman and the Mahdi's tomb. Most of Sudan's major historic sites are located to the north of Khartoum. In the eastern region of Sudan, closest to Ethiopia's borders, Kassala sits amidst mountain scenery and is home to a lively market. Also nearby the Ethiopian-Sudan border is Dinder National Park. The park is relatively underdeveloped, allowing visitors an opportunity to see wildlife in its true natural habitat. 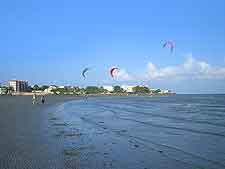 The capital city - indeed, the only city - of this tiny African state is a 12-hour bus ride from the Ethiopian town of Dire Dawa or a 13-hour train ride from Addis Ababa. Djibouti City is a cosmopolitan city with a lively market and port district. Elsewhere in Djibouti, visitors can't fail to be impressed by Lac Assal, a vast crater lake surrounded by dormant volcanoes. The nearby coastal town of Tadjoura offers beautiful scenery and attractive white sand beaches. Just across the border from Ethiopia is Lac Abbé, a stunning natural wonder with limestone chimneys, moonscape features, hot mineral springs and flocks of colourful flamingoes. 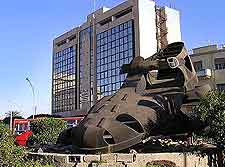 Located to the north of Ethiopia, persistent conflict and intermittently closed borders have left Eritrea relatively inaccessible to most tourists. Those who do choose to venture off the beaten track into Eritrea can visit the capital city of Asmara, with its distinctly Italian feel. There are also a myriad of archaeological sites in the south of the country, including Qohaito and Metera. 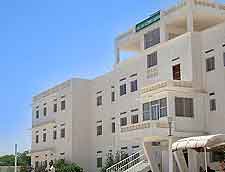 The nearby Republic of Somaliland was formed in 1991 following civil war and the eventual division of Somalia into three separate states. Of these states, Somaliland remains the most peaceful and accessible to visitors. A stroll around the capital city of Hargeisa gives visitors a sense of venturing into a place not frequented by many tourists. Other attractions in Somaliland include the archaeological site of Las Geel and some great beaches around the port of Berbera. Somaliland can be entered by air, from Addis Ababa, or by overland bus.