Hilton Head Island resides on the far southern side of South Carolina, close to Savannah, Georgia. Although the island itself is relatively small, it is actually the state's most sizeable barrier island and the second-biggest on the eastern seaboard, whilst also being a major tourist destination in its own right.

Located within the county of Beaufort, Hilton Head offers plenty of appeal. The Port Royal Sound bounds the northern coast, with the Calibogue Sound to the south and the Atlantic Ocean to the east.

Based on the southwestern side of Hilton Head island, Harbour Town has become something of a haunt for the wealthy, with its expensive yachts and marinas offering a taste of affluence. Head a little to the south and the aptly named South Beach offers a lengthy stretch of sand and oceanfront accommodation.

Shelter Cove forms a huge deep-water marina and during the summer season, many island events are staged here, often featuring live music and culminating in regular fireworks displays. Mainland South Carolina and the neighboring town of Bluffton are easy to reach via the William Hilton Parkway (US-278), which spans the water and changes its name to Fording Island Road. Based between Hilton Head and Bluffton, Jenkins Island provides further interest.

Other prominent roads include Beach City Road, the Cross Island Parkway, Greenwood Drive, Marshland Road, Matthews Drive, Palmetto Bay Road, Sea Pines Drive and Spanish Wells Road. This means that if you have a rental car and map, the island of Hilton Head is easy to navigate and its beach resorts simple to reach. 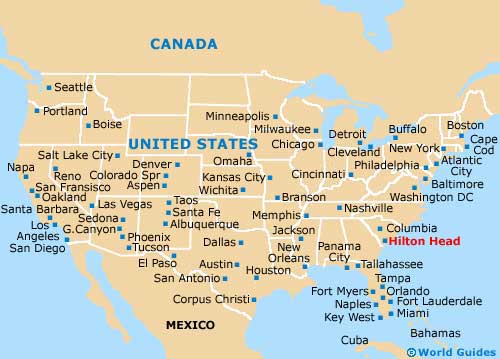 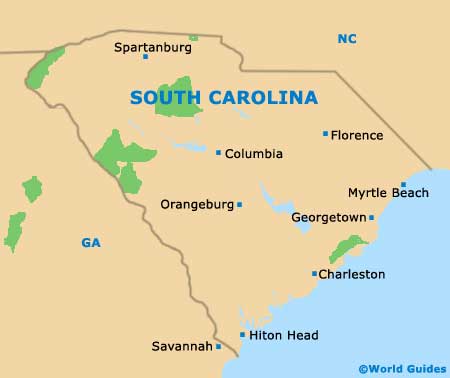 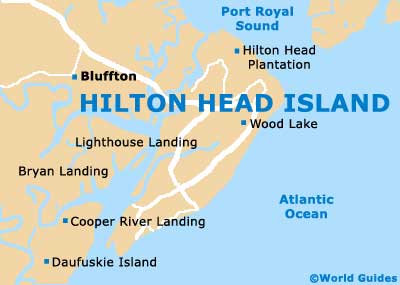