Sao Paulo Weather, When to Go and Climate Information 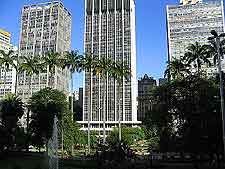 With high temperatures usually staying well above 24°C / 75°F or 25°C / 77°F for the entire year and peaking at more than 30°C / 86°F in February and March, the climate in Sao Paulo is certainly very mild, with sunny weather and wet spells.

The Sao Paulo climate tends to be described as both subtropical and humid, with rainy weather being most likely between October and March. January and February see the highest precipitation levels in San Paulo, averaging 239 mm / 9.4 inches and 215 mm / 8.5 inches respectively, compared to the driest months of July and August, which experience around 40 mm / 1.6 inches per month. 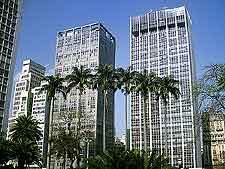 Being located within the Southern Hemisphere, the climate and seasons of Sao Paulo are reversed, with winter falling between June and August. Daytime temperatures during the winter rarely fall much below 20°C / 68°F by day, although the nights can feel cooler. Frosts are extremely rare, as is snowy weather, with the last snow flurries in San Paulo being reported almost 100 years ago. Therefore, this warm and dry period serves as a popular time to holiday in this Brazilian city.

The proximity of Sao Paulo to the Atlantic Ocean can make even the hottest climate feel cooler, since prevailing winds often make temperatures fall a little, whilst increasing the overall humidity.