Bodrum Weather, When to Go and Climate Information 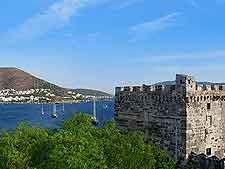 The Mediterranean climate of Bodrum enjoys mild winters and warm summer weather, with highs of more than 30°C / 86°F in July and August. Bodrum's summer months are reliably sunny, although they can often feel rather hot and humid.

Various surrounding mountains and plateaus certainly influence the climate conditions of Bodrum, along with its proximity to both the Aegean Sea and the Mediterranean Sea. January and February tend to see the coldest weather, although with daytime temperatures averaging around 10°C / 50°F, many Turks from other regions choose to visit at this time, to escape their considerably colder winters. 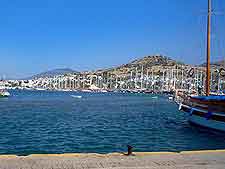 Spring and autumn are popular times to holiday in Bodrum, since the climate remains pleasant and temperatures stay around 20°C / 68°F, although the evenings can feel a little on the cold side. Many tourists choose to holiday in the city between June and August, which marks the peak season and enjoys little in the way of rainfall.

From October to March, the likelihood of rainy weather in Bodrum increases and the winter months are usually interspersed with wet days. However, snow flurries are not something that the city ever usually sees.