Getting Around Florence, Travel, Transport and Car Rental 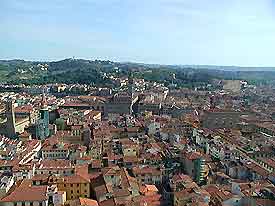 Florence is a relatively easy city to get around. The centre is fairly compact and the majority of places of interest are within comfortable walking distance of each other. Much of Florence is now traffic-free and if you are in the centre, the quickest way to get around the city is by foot.

When walking around this Tuscan city, it is advisable to take a good map showing street names - these are available for purchase at most newsstands.

There are several places where you are able to hire a car in Florence. Many car rental agencies are available and there is a particularly good selection at the airports. Travelling by car provides a very convenient way to travel around the mainland and outside of the city centre. In Italy, people drive on the right-hand side of the road and overtake on the left. Florence is situated near to the superhighway A1 and A11 network and this connects with many of Italy's major cities, including Prato, Pistoia, Montecatini, Lucca, Siena, Arezzo and Pisa. You will need to pay to park or garage your car when it is not in use and several large official parking areas are available.

Florence's bus company is called ATAF and all the buses are bright orange. Most lines run until at least 21:30, with the most popular running until at least 01:00. Buses can be picked up alongside Santa Maria Novella train station and buses run regularly to areas throughout the city and to nearby towns. City buses are cheap and tickets must be purchased prior to travel and they can be bought at newsstands, bars, tobacconists and many other shops displaying the bus company logo.

Travelling by taxi in Florence may be very convenient, but it can also be very expensive. The meters start at a fixed charge and there are extra charges for luggage, journeys to the airport and also trips taken between 22:00 to 07:00, at the weekends and also on public holidays. Always take official taxis from the ranks and in nearby towns. The taxi ranks can usually be found in the main piazzas. 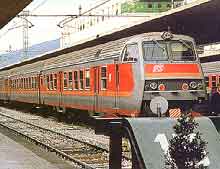 With good rail connections to every major city in Italy and Europe, travelling by train is a fast and effective way to journey outside of Florence and travel around Tuscany. Italy's state railway (Ferrovie dello Stato - or FS) has a train for every type of journey, from slow 'locali' trains to the superfast 'pendoli' trains, which rush between Italian cities at high-speed. The Santa Maria Novella train station is the terminus for trains from many other European cities. Tickets can be purchased at the station booth and must then be validated in the machine on the platform before boarding.