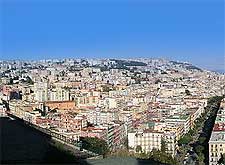 The history of Naples probably began around the 8th century BC with the founding of Neapolis, or 'new city', as it was known. It lay close to the much older Greek settlement of Palaepolis in the Gulf of Naples.

Over the centuries, the settlement attracted many immigrants. However, it remained very much a Greek colony, with the Greek language dominating at least through the first millennium of its history. In short, this was a centre of Greek culture.

It is also believed that wealthy Romans later came here to enjoy its delights as a coastal resort. Roman Naples was a world of luxurious villas, temples and baths. Aqueducts carried fresh water into the city and Roman roads made it easy to access.


When the Roman Empire fell into decline, life changed for those who lived here. In the 8th century, the Byzantines arrived, making it an independent Duchy of Byzantium. Then, in 1039, Naples fell to the Normans, who ruled over the Kingdom of Sicily. Under the Normans, the city flourished and in 1224, a university was founded here, named the Università degli Studi di Napoli Federico II. 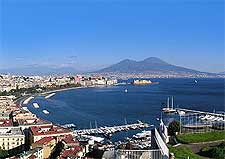 In 1266, Pope Clement IV gave Naples to Charles of Anjou, who moved the capital of the Kingdom of Sicily to Naples. This was understandably a time of revival within the city. The Angevin kings attracted prominent figures from the worlds of art and architecture. Evidence of their influence on the city can still be seen here today. In 1453, refugees from the fall of Constantinople added Byzantine culture to the melting pot.

The growth of Neapolitan political power continued into the 16th century, when Naples came under the rule of the Spanish Habsburgs. Their viceroys ruled for over two centuries and many of the city's vast palaces and churches date to this period of its history. Occasional rebellions by local inhabitants failed to dent their autocratic rule. The best known of these revolts was instigated by Masaniello in 1647. 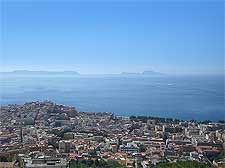 In 1734, the city became an autonomous kingdom under Charles of Bourbon. Naples flourished as a European capital. Then, in 1806, the city fell under French rule when Napoleon gave the Kingdom of Naples to his brother Giuseppe Bonaparte.

In 1860, fresh from the battle fought on the Volturno River, Garibaldi, an Italian patriot and soldier, arrived in Naples. He held plebiscites here and in Sicily, which allowed him to hand control of southern Italy to King Victor Emmanuel of Piedmont-Sardinia. Thus, Naples became part of the Kingdom of Piedmont and in November of that year, the king entered the city in triumph. Later, it was to become part of the newly formed Kingdom of Italy. 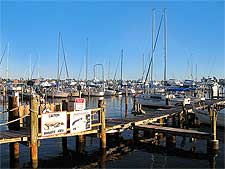 By the early 19th century, Naples had become a divided city. On the one hand, there were the masses, known as 'lazzarone', who lived in poverty. On the other hand, the city was home to many wealthy landowners and well-off bureaucrats.

In 1818, the first steamboat on the Mediterranean was launched from local shipyards. Work on redeveloping the city's medieval harbour began in 1826. In 1839, the first railway in Italy ran from Naples to Portici's royal residence. Then, in 1880, the first funicular railway on the peninsula ran up to Vomero. Consequently, the city became an important transport hub. 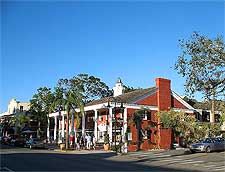 In 1943, the city rose up against the Nazi regime. Indeed, it was the first to do so in Italy. During the course of World War Two, the city's port was severely damaged. However, post-war redevelopment has meant that it has never fallen out of use. As well as seaborne traffic, Naples is well-served by road and air networks.

The city's reputation as a hotbed of organised crime has led to it somewhat failing to take off as an Italian tourist destination. Unemployment has also risen. However, in the last decade or two, many of its historic landmarks have been renovated, helping to revitalise the city.