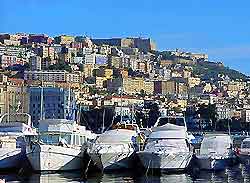 Naples is a delightful Italian city when it comes to sightseeing, and there are many appealing tourist attractions spread all over the city. Guided bus and walking tours are always recommended, and various different tour packages are available.

Particularly notable is the Piazza Matteotti, the Grandoni Di Chiaia, and the very grand San Carlo Theatre (Teatro San Carlo), an acclaimed opera house that is now listed as a World Heritage Site. Tourist attractions for families holidaying in Naples are easy to come by and include the city's Aquarium (Acquario) and the Edenlandia theme park, which has a host of exciting fairground rides, thrilling roller coasters, a 3D cinema and several restaurants.

Air-conditioned guided bus tours operate daily in Naples, taking in the best of the history and some truly exceptional scenery in Naples and the surrounding areas. Tours include the Gulf of Campania, Pompeii, Sorrento and Capri.

Daily walking tours are available with English speaking guides. Lasting from between two to six hours, the Naples walking tours take in the classic landscapes of Mediterranean Italy, including the sites of Mount Vesuvius, Herculaneum and Pompeii. 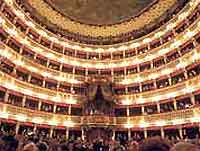 Address: Via San Carlo 101-103, Toledo, Naples, Italy
Tel: +39 (0)81 797 2331
The San Carlo Theatre in Naples was built in 1737 and took just over eight months to complete. With beautiful architecture and wonderful acoustics, this theatre is the ultimate experience for opera lovers in Naples. The theatre was destroyed by fire in 1816 and was rebuilt shortly after. Inside there are six levels with around 200 boxes and a simply enormous stage featuring a unique backdrop that can be removed to reveal the gardens of the Palazzo Reale. Tickets are often difficult to obtain and fairly expensive, but some hotels may be able to obtain them more easily. Guided tours are available at the weekend, between 14:00 to 15:30.

Address: Via San Caterina di Siena, Chiaia, Naples, Italy
This imposing street in Naples was built in the 1870s and is truly unusual. Due to the rather hilly terrain in this part of Naples, the Grandoni Di Chiaia is so steep that it was necessary to add steps. Either side of this street is lined with tall town houses that were built in the 19th century. The Grandoni Di Chiaia leads to the church of San Caterina di Siena.

Address: Intersection of Via Monteoliveto, Via A. Diaz, and Via Battisti, Toledo, Naples, Italy
The Piazza Matteotti combines many of the most important buildings in Naples, including the curving post office, which is an imposing, modern building. As a result of Mussolini's request for 'good Italian architecture' in 1925, the area between the Piazza Municipio and the Piazza Carità was successfully transformed thanks to many talented architects of the time.

Some of the attractions in Naples are very child friendly, including the museums, galleries and exhibitions. There are also many family attractions in the city that are quite varied, ranging from amusement parks with fast rides, to play centres for the younger children. On sunny days, the parks provide a good place to play and most are suitable for children. 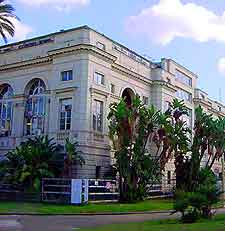 Address: Stazione Zoologica, Viale A. Dohrn, Naples, Italy
Tel: +39 (0)81 583 3111
The Naples' Aquarium is the oldest of its kind in Europe and was founded by a German naturalist in the late 19th century. Situated in the public garden on Via Caracciolo, the aquariums are a popular attraction, for both children and adults alike. With over 200 different species of fish and marine plants, all are well displayed and thrive in large glass tanks.
Open hours: May to September, Tuesday to Saturday - 09:00 to 18:00 and Sunday - 10:00 to 18:00
October to April, Tuesday to Saturday - 09:00 to 17:00 and Sunday - 09:00 to 14:00
Admission: charge

Address: Viale Kennedy, Mostra d'Oltremare, Naples, Italy
Tel: +39 (0)81 239 1182
Situated to the south-west of Naples city centre, Edenlandia is the largest amusement park in Campania. It is located near to the Stadio San Paolo and is a top attraction for children, with many exciting rides.
Open hours: October to March, weekdays - 12:00 to 20:00 and weekends - 10:30 to midnight
April to September, weekdays - 15:00 to 22:00 and weekends -11:00 to midnight
Admission: charge

Address: Corso San Giovanni a Teduccio, Naples, Italy
Tel: +39 (0)81 472 003
Children really enjoy this museum, full of old fashioned engines, cars and railway equipment, displayed in this restored railway works. The Museo Nazionale Ferroviario is situated to the east of Naples city centre and was founded by the Bourbon rulers of the last century.
Open hours: Monday to Saturday - 09:00 to 14:00
Admission: free