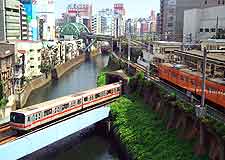 There really is no other city in the whole of Asia that compares to Tokyo when it comes to dining and eating out. There is an enormous array of restaurants to be found all over Tokyo and the choice is almost bewildering, with even some chains of famous American fast-food restaurants being represented in fairly large numbers.

If you are visiting Tokyo and hoping to sample some traditional Japanese cuisine, then you will find a selection of themed restaurants to set your taste buds alight, serving much more than simply noodles, rice dishes, tempuras, sushi and sashimi. However, if international dining and flavours are more your thing, then everything from African to Italian, and Cajun to Chinese dishes are available, being particularly plentiful in the heart of Tokyo's busiest districts and within the major shopping centres. The best international restaurants can be on the pricey side, although you do definitely get what you pay for. 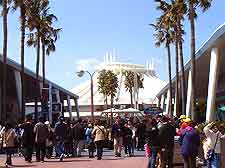 A simple bowl of noodles is never far away, wherever you are in Tokyo, particularly at the city's main 'shokudo' eateries. Restaurants in Tokyo are often nearby and are clustered around the city centre - beneath Tokyo station and around Yaesu, in the Ueno area - with many based in the Ameyoko Arcade, and in Asakusa - with Japanese-style options between Kaminari-mon-dori and Senso-ji. The main department stores in the Ikebukuro district also have plenty to offer in the way of restaurants, while Tokyo's Shinkjuku district offers cheap eats and international cuisine, and the trendy districts of both Aoyama and Harajuku are full of European-style bistros and trattorias.

The best places to eat during the daytime in Tokyo include many good restaurants on either the top floor or basement levels of the biggest Japanese departments stores, and along one of the acclaimed restaurant streets, known locally as 'resutoran-gai'. These stretches are usually overflowing with Japanese, Chinese and even Italian restaurants, together with plenty of cheap eats and other dining options.

The bustling shopping districts of Ginza, Harajuku, Shibuya and Shinjuku also contain more than their fair share of top dining venues, eateries and quality restaurants. Many familiar coffee shops provide the perfect place for a lunchtime snack in Tokyo, and include Starbucks, amongst others. Snack shops (ramen) selling basic boxed meals (obento) are always good value for money and many are close to Tokyo's main train stations.

As night-time approaches and you begin to consider an evening meal, the restaurants in the Aoyama and Roppongi districts of Tokyo are a good place to begin your search. The Yakitori Alley in the heart of the city centre is known for its Japanese 'izakaya' eateries, while the dining arcade of Omoide-Yokocho in the Shinjuku area is especially popular.