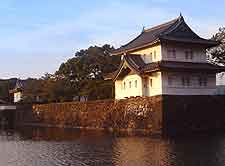 Tokyo, Japan's capital and largest city, was originally just a small fishing village called Edo, meaning estuary. The first significant moment in the history of Tokyo was as recent as the 12th century, when the Edo clan fortified the settlement.

Edo Castle was built in the middle of the 15th century and the town expanded so rapidly over the next 300 years, that it became one of the world's largest cities. In fact, its population exceeded one million inhabitants by the 18th century.

Establishment of the Japanese Capital

The city became Japan's de facto capital, even though the emperor remained in Kyoto, but in 1869, the Emperor Meiji relocated to the area. Tokyo was already the cultural and political capital of Japan, and the arrival of the rather youthful emperor (aged just 17) ensured that it became the de facto capital too, with Edo Castle being transformed into the majestic Imperial Palace. The city of Tokyo was now officially established and would remain as the country's capital until 1943, when it was abolished and merged with Tokyo's Metropolitan Prefecture.

Tokyo would suffer the two biggest catastrophes of its history during the 20th century - the Grand Kanto earthquake in 1923 and World War II. The earthquake resulted in almost 150,000 people being killed, while the bombings of the city in 1944 and again in 1945 left a similar number dead, as well as destroying roughly 50 percent of the city.

The city was able to recover, rebuild itself and prepare for a brighter future. During that era, a few other notable incidents mark the history of Tokyo. In 1921, Prime Minister Takashi Hara was assassinated in Tokyo station. In 1927, the first subway line opened in Ginza, while an airport was added in nearby Haneda just four years later. 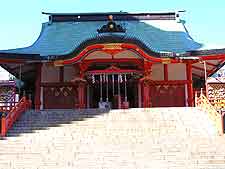 After fully recovering from the tragedies, Tokyo was chosen to host the 1964 Summer Olympic Games - the first to be held in Asia. The 1970s saw the city expand further, with high-rise buildings and Tokyo's main airport, Narita, among the many new developments. In addition, the population grew to around 11 million.

The expansion and development were both quite relentless, with the city's commuter rail network and subway becoming one of the world's busiest as people flocked to the area in the hope of a better standard of living. The 1980s saw real estate prices shoot up during the country's debt and real estate bubble. However, that bubble would burst in the 1990s, with a major recession ensuing. The 1990s are now referred to as the 'Lost Decade'. This was the biggest financial collapse in Tokyo's history and the city is still slowly recovering.

The 2011 earthquake and tsunami which devastated so much of Honshu's north-eastern coast was felt in the Japanese capital. However, the city's earthquake-proof infrastructure ensured that damage in Tokyo was only minor in comparison with other areas affected by the tsunami. The subsequent nuclear crisis did raise radiation levels slightly, although the city was largely unaffected.