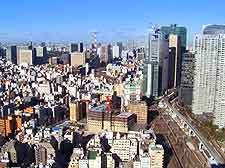 Japan's capital city, Tokyo, is made up of 23 city districts, five towns and eight villages, as well as Izu and Ogasawara islands. The 23 districts lie at the heart of Tokyo, accounting for approximately one-third of the metropolis area. They also house around two-thirds of the city's 12 million+ residents.

There are many shopping, entertainment and business districts throughout the city, with Ginza being one of the most famous. Shinjuku is also a large entertainment area, while Asakusa is commonly regarded as being Tokyo's Old Town. 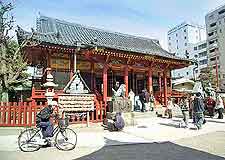 Asakusa is one of the only districts in Tokyo to preserve many characteristics from 'Old Tokyo'. The main attraction here is Sensoji, a very popular Buddhist temple, which was constructed in the 7th century. The approach to the temple is lined by shops and has been providing visitors with local snacks and souvenirs for a number of centuries. For many years, the Asakusa district was Tokyo's leading entertainment district. During the Edo Period (1603 to 1867), Asakusa was home to a number of kabuki theatres and a thriving red light district, and in the late 1800s, modern entertainment moved into the area, such as cinemas and bars. Unfortunately, large parts of Tokyo's Asakusa district were destroyed during WWII and while much of the city was rebuilt, the entertainment scene has since died off. 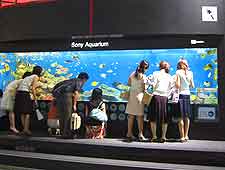 Ginza is possibly one of the most famous districts in Tokyo. It is renowned for its upmarket shopping, dining and entertainment venues, as well as a number of art galleries, cafés and museums. This is the most expensive area in Japan and is where you will find the country's glitterati. For 200 years during the Edo period, Tokyo's Ginza district was home to a silver coin mint. It did not develop into the luxury district of today until after the 1923 Great Kanto Earthquake. On weekend afternoons, the Chuo Dori stretch gets closed to traffic and becomes a large pedestrian zone, perfect for keen shoppers.

Ikebukuro is located in the north-western corner of Tokyo's metropolis and offers much entertainment, shopping and dining opportunities. It is popular with locals and visitors and is also a hangout for local youth. 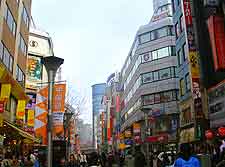 While Shinjuku is actually one of the 23 districts of the city, most people refer to it as being just the entertainment, business and shopping area around Tokyo Shinjuku station. Japan's largest railway station lies in the centre of this sprawling and lively area. Just west of the station lies Shinjuku's skyscraper ward, boasting many of Tokyo's tallest buildings. North-east of the station you will find Kabukicho, Japan's largest red light district. Shopping areas and department stores can be found on all sides of the station and are always busy. 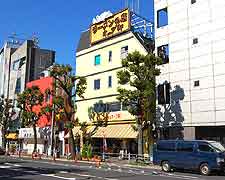 Like Shinjuku, Shibuya is actually one of the main districts in Tokyo, but is usually regarded as being just the immediate area surrounding Shibuya Station. This appealing neighbourhood contains some of Japan's trendiest shops and has been home to several new design concepts and worldwide fashion trends. The large intersection in front of the station (Hachiko Exit) is one of the district's most common landmarks. It is always alight with neon signs and giant video screens.