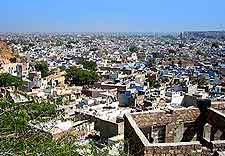 The second-biggest city within India's state of Rajasthan, Jodhpur features a population of some 850,000 people and it continues to grow at a fairly constant pace. Jodhpur was established during the middle of the 15th century and immediately enjoys a rather strategic situation, on the road connecting Delhi with Gujarat, allow trading to flourish.

Today, Jodhpur is very much a busy and somewhat hectic city, with lots of traffic and activity, especially between the clock tower and fortress. The very heart of the Old City tends to be a quieter and more relaxing part of the city, and can be found directly to the west of the very prominent clock tower.

Outside of the Old City area of Jodhpur is the Tourist Reception Centre, which resides within the compound of the RTDC Hotel Ghoomar and is a good source for free city maps. The railway stations in Jodhpur are also located away from the Old City, on High Court Road and Station Road, while the bus stand is also on the High Court Road and directly opposite the Raika Bagh Train Station, close to the Umaid Gardens. 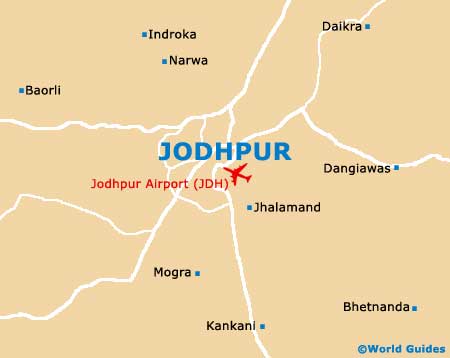