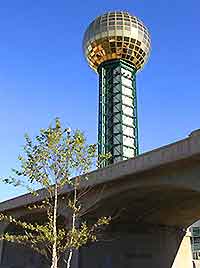 Knoxville is bursting with historical landmarks and monuments, with plantations, farmsteads and Civil War-era buildings featuring highly. Many of Knoxville's imposing landmarks are open to the public for exploration.

Address: 2614 Thorngrove Pike, Knoxville, Tennessee TN, 37914-9704, USA
Tel: +1 865 546 0745
A Georgian house constructed of local limestone and marble, this listed building was designed by an English architect. As one of a number of Knoxville landmarks that are on the National Register of Historic Places, the Ramsey House Plantation claims to be the first stone house in the county. The interior is characterized by period antiques, fittings, furnishings and memorabilia, as well as many personal items reflecting the life of the former owner, Ramsey.
Open hours: Wednesday to Saturday - 10:00 to 16:00
Admission: charge, discounts for seniors, children and families, children five years old and under are free 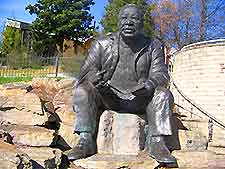 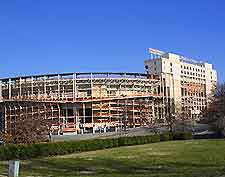 Address: University of Tennessee, 1600 Stadium Drive, Knoxville, Tennessee TN, 37996, USA
Tel: +1 865 974 9100
Neyland Stadium is part of the vast University of Tennessee campus and is used mainly for football games and other popular sporting events. With a capacity of more than 100,000 spectators, Knoxville's Neyland Stadium is one of America's largest university football stadiums and was built in 1921.
Open hours: hours vary
Admission: charge, discounts available for children 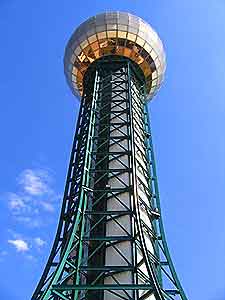 Address: 2728 Kingston Pike, Knoxville, Tennessee TN, 37919-4618, USA
Tel: +1 865 637 3163
A delightful historical home, Knoxville's Crescent Bend is a fine example of an 18th-century farm. The grounds are spread across 600 acres / 240 hectares, while the building's interior has exquisite collections of English silver from around 1640 to 1820, antique furniture and other decorative arts. Once a working farm, the building's surrounds are enhanced by well-groomed Italian gardens, five splendid fountains and a number of charming terraces.
Open hours: March to December, Tuesday to Saturday - 10:00 to 16:00, Sunday - 13:00 to 16:00
Admission: charge, discounts for children, children under 12 free 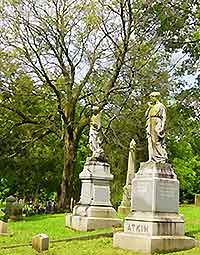 Address: 543 North Broadway, Knoxville, Tennessee TN, 37917-7408, USA
Tel: +1 865 522 1424
A charming Victorian cemetery that follows Victorian garden design of the period, Old Gray was the first graveyard to follow this design movement. Some important political figures are remembered here, with the 'marble city' paying tribute to those who made a significant impact on the city of Knoxville. As well as having historical appeal, the cemetery attracts many who come to admire its fine examples of Victorian art and architecture.
Open hours: daily
Admission: free