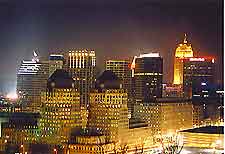 Sometimes referred to as the 'Queen City of the West', the city of Cincinnati manages to boast an established and vibrant gay scene, with the local LGBT community making a noticeable presence within the Northside neighborhood.

Being an open-minded city of some size and stature means that Cincinnati is called home by a number of gay bars and clubs, many of which are dotted around the downtown district. These venues can be found along roads such as Broadway Street, Main Street, Pete Rose Way, Race Street and Walnut Street, within the theater district. Particularly notable is the Below Zero Lounge and Simon Says, the latter of which is amongst the oldest of all the gay bars in Cincinnati and opened in the late 1960s.

Further nightspots in the city are based in the districts of Clifton (Vine Street) and Northside (Hamilton Avenue), as well as within the outlying suburb of Monroe. Across the Ohio River and in the adjacent state of Kentucky, both Covington and Newport are becoming known for their nightlife and LGBT offerings. 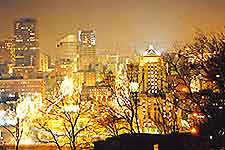 Each year at the very end of May or the start of June, the Cincinnati Pride event comes along, bringing with it some extremely colorful crowds and much excitement.

The numerous sponsored events tend to begin with the Pride Parade itself, which starts on 7th Street and then heads along Vine Street, Walnut Street and Main Street, passing by the Great American Ball Park and continuing along Mehring Way to Pete Rose Way, ultimately reaching Sawyer Point and Yeatman's Cove. Approximately 50,000 people now attend these three-days of gay pride celebrations, enjoying the live music and performances on the stages at Sawyer Point and the Serpentine Wall, at Yeatman's Cove.

A food court area is filled with vendors catering to all tastes, while there is much to see and do within the Fifth Third Bank Family Fun Zone. At the end of the festivities, the evening Cincinnati Pride Fireworks provide a suitable grand finale, with the sparkling rainbow colors reflecting in the Ohio River and being visible from quite a distance.