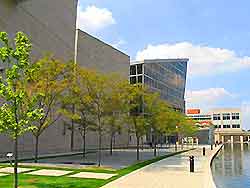 Containing a diverse range of charismatic districts, historic neighborhoods and appealing locations, Indianapolis is perhaps most famous for being home to the Indianapolis 500, one of the country's most prestigious annual motor racing events. This event draws local, out-of-state and international visitors, while the many other attractions in Indianapolis also ensure a steady flow of visitors throughout the year.

The city of Indianapolis is made up of several districts, with many of the city's tourist amenities situated in the downtown area.

Broad Ripple Village's thriving art scene is one of the most significant cultural features in Indianapolis, besides its impressive collection of historic buildings. In the evening the district buzzes with activity as some of the best live music venues in Indianapolis open their doors to enthusiastic night hawks. 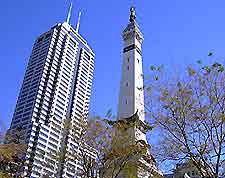 Indianapolis's downtown district is a thriving business and residential area with a plethora of amenities. There are over 200 shops and restaurants, 26 memorials, 20 museums and historic sites, 10 theaters and a wide selection of parks and gardens within the district. Approximately 20,000 of the 80,000 inhabitants in Indianapolis are residents of the city's thriving downtown district.

Fountain Square in Indianapolis is currently experiencing a revival through the area's ongoing restorative process. The district is gradually emerging as one of the city's most noted centers for art, culture and ethnicity.

The Indianapolis Cultural Development Commission approved Indiana Avenue as the city's sixth cultural district in 2004 and since then the area has been engaged in numerous events and developments.

Mass Avenue earns its place in Indiana's list of cultural districts on account of its wide range of live theater and music venues. There are both business and residential sectors of the district both boasting some of the city's most historic architecture. 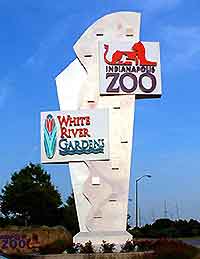 Such is the size of White River State Park that the city of Indianapolis gives it official recognition as a cultural district. The 250 acres / 100 hectares of parkland are home to a number of the city's favorite attractions, including Indianapolis Zoo and some of the area's finest gardens.

The Old Northside Historic District is situated about one mile north and several blocks east of downtown Indianapolis. This district is home to some of the oldest buildings in Indianapolis and was previously the political and cultural center of the town. In 1978 the area received historic district status from the National Register of Historic Places. The famous President Benjamin Harrison House and Morris-Butler House are both located in Old Northside.

Indianapolis's Wholesale District is the area to head for cultural entertainment and great shopping. Live stage performances are one of the area's draw cards, while the area's historic architecture also attracts locals and visitors alike.