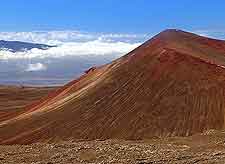 The impressive history of Hawaii encompasses thousands of years, famous personalities and infamous yet influential world events, culminating in the air attack by the Japanese on Oahu's Pearl Harbor, which brought the USA into WWII.

Hawaii's Big Island was originally settled by successive waves of migrants from the Polynesian islands using double-hulled canoes crammed with people, dogs, pigs, chickens, coconuts, sugar cane, bananas and much more besides. The first European mariner to view the island is reputed to have been Captain Cook in 1778, although claims have been made for a Spanish sighting in 1555. Cook christened the archipelago the Sandwich Islands, and the discovery resulted in attention from other European and American explorers and settlers.

The Big Island's population formed separate tribal enclaves until 1810, when island conqueror Kamehameha I united the island under his rule, assisted by foreign advisors and weapons. His son succeeded him in 1819 and immediately abolished the ancient religious laws known as kapu, by which life had been lived since settlement. Other members of the family and the island elite objected, but the matter was permanently settled at the Battle of Kuamo'o six months later. Today a plaque marks the North Kona burial site of the warriors killed in this battle.

Given the richness and strategic position of Hawaii, it's no surprise that several major world powers attempted to influence the course of Big Island history by less than friendly means. Imperial Russia was first in line in 1815, using the seizing of goods belonging to the Russian-American Company by an island chief as an excuse. As a result, three Russian forts were in use on nearby Kauai Island until the mid-19th century.

In 1843, the British warship HMS Carysfort arrived, demanding the islands for the Crown, but after protests were made to the naval commander's superiors in London, the demand was retracted. The French followed, objecting to the ban on the Catholic religion, sparking a mini-invasion in 1849 and leaving soon after, but not before causing some US$100,000 in damage. The rule of the Kamehameha Dynasty came to an end in 1872, with the house of Kalalaua taking over and its last princess, Kaiulani, failing to resist the final incorporation of Hawaii as a US state. 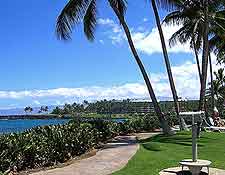 The last years of the 19th century saw massive expansion of agriculture all over the fertile island, fuelled by the arrival of Japanese and Chinese workers. A trade agreement with the US allowing duty-free importation of sugar and rice resulted in the ceding of the island and its surroundings to America. In 1887, a rebellion by politicians and advisors against the then king's permissive foreign policy with regard to Japan and the USA triggered the Bayonet Constitution, stripping the monarchy of most of its powers.

The Final Days of the Monarchy

The Bayonet Constitution caused yet more problems in 1893, with the recently appointed Queen Lili'uokalani attempting to restore the monarchy's power through a new constitution based on old principles. Concerned for their futures, European and American business owners formed a group and made a commitment to remove the queen and annex the island to the US. This was followed in quick succession by the arrival of the USS Boston, carrying a company of US Marines, and two companies of US sailors. At this point, a provisional government was appointed and the queen quickly abdicated, causing chaos among American diplomats and military, and leaving the door open for final annexation.

After a brief period in Big Island history as the Republic of Hawaii, annexation reared its head again, although the Japanese Empire sent warships to the island in protest. The deed was finally done in July 1898, making Hawaii officially a US territory. 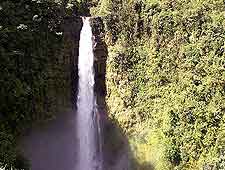 Between annexation and WWII, the plantations of Hawaii expanded, with many diversifying into related industries, while political and economic power was concentrated in five major corporations. On 7th December 1941, the Japanese attacked Pearl Harbor on Oahu Island and everything began to fall apart.

Post-war, in 1954, a so-called democratic revolution involving strikes and civil disobedience unionized the plantation workers, hastening the decline of the agricultural sector, and in 1959, Hawaii finally became the 50th state of America.