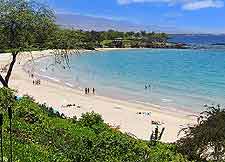 The reason that so many people visit Hawaii each year are to spend time relaxing on the Big Island's stunning selection of beaches, each of which are quite special in their own way. Mahana is one of the most unusual and unique beaches in the whole of Hawaii, since the sands are subtle shades of emerald green and gold, creating a very memorable stretch of glistening coastline.

Some of the most splendid beaches on Hawaii Big Island include those at Kua Bay, Hapuna, Kamakahonu, Makalawena, Mauna Kea and Onekahakaha. For the best family orientated spots, the beaches of Anaehoomalu and Kikaua Point are hard to better. In general, the coastline around the island's Kona side tends to be very sandy, while the Hilo side is noticeably more rocky. 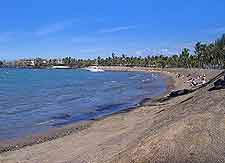 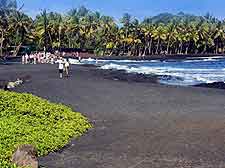