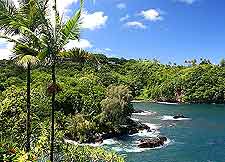 Home to some truly outstanding natural monuments, few landmarks on the Big Island come more impressive than those within the Hawaii Volcanoes National Park. These volcanoes and giant craters will really be unlike anything you have ever seen before or likely to ever experience again, especially around the Big Island's Chain of Craters Road, where you can often see molten lava flowing directly into the Pacific Ocean.

Hawaii also contains a number of very memorable waterfalls, with the most outstanding of this indigenous landmarks including the Akaka Falls, the Kahuna Falls and also the Hiilawe Falls, the latter of which is to be found within the mind-blowing Waipio Valley. A very important part of Hawaii's Big Island is the Ka Lae area and this part of the island is now actually listed as a 'Natural Historic Landmark District', being perhaps best known as simply the 'South Point'. 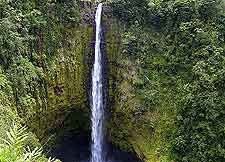 Address: Akaka Falls State Park, Akaka Falls Road, Honomu, The Big Island, HI-96728, Hawaii HI, USA
Tel: +1 800 464 2924
Anyone holidaying on the Big Island really should to try and drag themselves away from the glorious sandy beaches and explore just some of the many spectacular natural landmarks which are scattered all around Hawaii. The Akaka Falls is one such site and this enormous cascade of water is more than 134 metres / 440 feet in height, making it the second-highest waterfall on the island, and importantly, the most accessible. Located just 18 km / 11 miles north of Hilo and on the north-eastern side of the island, the Akaka Falls is one waterfall that you will be glad you found. Close by, if you have time, do also check out some of the other neighboring waterfalls, such as the Kahuna Falls, which although smaller, is still very quite special. The 6-km / 4-mile Pepeekeo Scenic Drive between Honomu and Hilo is also worth considering.
Open hours: daily - 24 hours
Admission: free 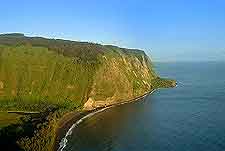 Address: Waipio Valley, The Big Island, Hawaii HI, USA
Tel: +1 808 775 9518
The Waipio Valley is a very beautiful and peaceful part of Hawaii and filled with interest. Known for its wealth of tropical flora and fauna, the lush Waipio Valley is situated within the Big Island's Hamakua region and on the northern coast. Interesting, the valley was once inhabited for many years, until a giant tsunami wave washed away all of the settlements. Numerous waterfalls flank the rock faces, with the giant Hiilawe Falls being an especially notable landmark, since it is the tallest in the whole of Hawaii, measuring just under 400 metres / 1,310 feet. When you first set eyes on the Hiilawe Falls, it really is very likely to make you gasp a little, at the very least. You can very easily spend an entire day exploring the Waipio Valley, so do bring you camera to record the scenery, particularly the views from the lookout area.
Open hours: tours on Monday to Saturday at 10:30, 12:30 and 14:30
Admission: free 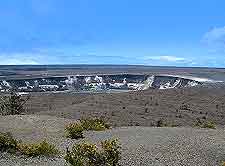 Address: Ocean View, Hawaii Volcanoes National Park, The Big Island, Hawaii HI, USA
You simply cannot come to the Big Island and leave without first spending time within the very famous and quite unique Hawaii Volcanoes National Park, although do be sure to set aside an entire day. The landscape here comprises everything from tropical sandy beachfronts, to the sunken crater of the Kilauea Volcano, which is known as the Kilauea Caldera and is actually still active, regularly steaming and easily viewed from the Crater Rim Drive, being around 3 km / 2 miles in diameter. The Hawaii Volcanoes National Park is also home to the Mauna Loa, which at around 4,175 metres / 13,700 feet high, is the biggest volcano in existence and a favourite Hawaiian landmark. If you have time, check out the 550-year-old Thurston Lava Tube, and take a drive along the Chain of Craters Road.
Open hours: daily - 24 hours
Admission: free 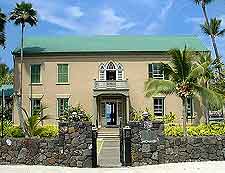 Address: 75-5718 Alii Drive, Kailua-Kona, The Big Island, HI-96740, Hawaii HI, USA
Tel: +1 808 329 1877
Built during the early 19th century out of locally sourced lava rock, Hulihee Palace is located within the Kailua-Kona area of the Big Island and off Alii Drive. The impressive landmark was once used by Hawaiian royalty as a holiday home, although today operates as a museum / attraction. Hulihee Palace is now filled with memorabilia relating to its past regal residents, which include King Kalakaua, who gave the palace the new title of 'Hikulani Hale' after himself, since this literally translates as the 'House of the Seventh Leader'. During the Big Island's earthquake of 2006, the Hulihee Palace suffered minor structural damage, although this was little more than cracks in some of the walls, with a renovation project soon resolving the problems.
Open hours: Tuesday to Saturday - 09:00 to 16:00, Sunday - 10:00 to 16:00
Admission: charge 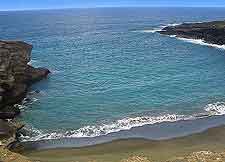 Address: Ka Lae, The Big Island, Hawaii HI, USA
Ka Lae is amongst Hawaii's most important landmarks, sine this rocky outcrop marks the most southerly location no just in Hawaii, but in the whole of the USA. Also regularly referred to as the 'South Point' of Big Island, Ka Lae offers nothing short of awesome fishing conditions, with locals flocking here to catch everything from red snapper to giant 'ulua' fish. Ka Lae is also home to an extremely old archaeological site, where traces of an ancient Hawaiian settlement have been discovered. Around the beautiful coastal scenery of the South Point, look out for the contrasting modern wind farms an their giant windmills.
Open hours: daily - 24 hours
Admission: free 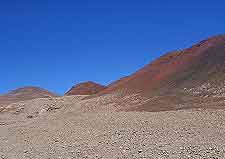 Address: Mauna Kea, Saddle Road, The Big Island, Hawaii HI, USA
The Mauna Kea is almost 4,205 metres / 13, 800 feet tall, which makes this Hawaii's highest mountain and a breathtaking landmark in its own right. A popular hiking trail take visitors some 10 km / 6 miles through some the most magnificent scenery and begins at the very summit, next to the visitors centre, where you will also discover a cluster of leading astronomical observatories, which are known as the Mauna Kea Observatories (MKO) and would look very much at home on the surface of the moon. Particularly noteworthy is the Onizuka Centre for International Astronomy, which is open daily and features a range of free presentations, exhibitions and star gazing opportunities.
Open hours: daily
Admission: free