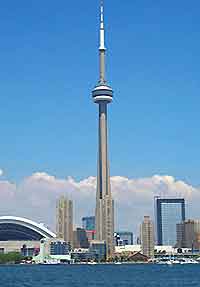 Toronto is an appealing Canadian city and comes with a series of noteworthy landmarks and tourist attractions, a number of which will quickly become familiar sights and useful reference points, as you get your bearings of the city's layout.

Once the world's tallest free-standing structure for more than 30 years and dating back to 1976, the CN Tower resides within downtown Toronto, where it serves as both an observation and communications tower. This attraction has become an integral part of the city's skyline and a major tourist magnet, drawing in excess of two million visitors every year.

Further landmarks in the city include the Casa Loma, an unusual fortified Hill House built between the years of 1911 and 1914. Now serving as a museum-type attraction, the Casa Loma was designed by local Canadian architect Edward James Lennox, who was responsible for designing more than 70 of the city's buildings. Those still standing today include the King Edward Hotel, the Massey Mausoleum, St. Paul's Anglican Church, the Toronto Athletic Club and the Old City Hall, the latter of which now functions as the provincial court house and opened in 1899, after some ten years' worth of construction.

The New City Hall is also quite eye-catching, with its modern curving architecture gracing Nathan Phillips Square, next to the Financial District and close to Queen Station. Both the Harborfront and Ontario Place continue to draw tourists in large numbers as well.

Address: 301 Front Street West, Toronto, Ontario, M5V 2T6, (ON) Canada
Tel: +1 416 868 6937
This is an attraction not to be missed, offering truly spectacular views of Toronto and Lake Ontario. As one of the world's tallest free-standing structures, a trip up to the top in one of the tower's glass elevators is not for the faint-hearted. If you survive the ride up, the glass-floored observation deck is likely to get your adrenaline pumping once again, while the revolving restaurant makes for an altogether more pleasant and relaxing way to appreciate the views.
Open hours: Sunday to Thursday - 09:00 to 22:00, Friday and Saturday - 09:00 to 22:30
Admission: charge 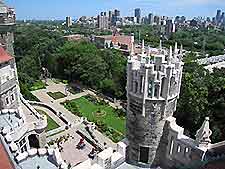 Address: 1 Austin Terrace, Spadina, Toronto, Ontario, M5R 1X8, (ON) Canada
Tel: +1 416 923 1171
One of the city's most unique buildings, the Casa Loma delights visitors who are often surprised to find such a grand estate in the heart of Toronto. Once owned by financier Sir Henry Pellatt, this castle (yes castle!) is Edwardian in design and enchants all those who tour its 98 rooms, secret passages, towers and tunnel. The 5 acres / 2 hectares of gardens are equally memorable, with their evocative sculptures, floral attractions and fountains.
Open hours: daily - 09:30 to 16:00
Admission: charge, discount for seniors and children, children under four free 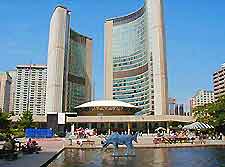 Address: 100 Queen Street West, Bay Street, Toronto, Ontario, M5H 2N1, (ON) Canada
Tel: +1 416 392 9111
Designed by Finnish architect Viljo Revell, the New City Hall was the result of a worldwide architectural competition for a winning design. The modernist building, opened in 1965 and now used to house the Toronto Council, has become a proud addition to the city's unique buildings and visitors can access the towers on guided tours. The public area in front of the two towers is used as an ice rink in the winter months, while the site is also home to a peace garden, a statue by Henry Moore and an eternal flame.
Open hours: Monday to Friday - 08:30 to 16:30
Admission: free 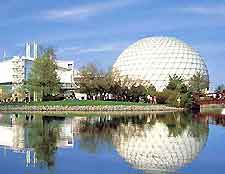 Address: 955 Lakeshore Boulevard West, (At Remembrance), Toronto, Ontario, M6K 3B9, (ON) Canada
Tel: +1 416 314 9900
This popular summertime attraction has been providing children and adults alike with memorable days out for decades. Situated right on the shore of Lake Ontario, the theme park offers rides, water fun and play areas, as well as a whole host of cultural events and entertainment.
Open hours: mid-May to mid-September; Monday to Friday - 10:00 to 16:00, Saturday and Sunday - 10:00 to 18:00
Admission: charge