Edmonton Weather, When to Go and Climate Information

The weather and climate in Edmonton varies greatly season by season, with extremely hot summers and cold winter months, with a degree of snow. Edmonton is known for having a northern continental climate, with a fairly low rainfall.

The climate in late March soon begins to warm up, heralding the arrival of spring in Edmonton. As trees and plants awaken from the harsh frosts and snowy winter weather, temperatures rise dramatically. Average daytime temperatures at the end of March are around 6°C / 43°F, whereas in April, daytime temperatures leap to more than 12°C / 54°C, although late snowfalls are not unheard of. Many people choose to visit Edmonton at this time of the year, when the weather and climate is fine and the city begins to host many notable outdoor events. 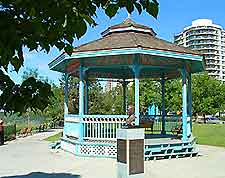 Summer weather in Edmonton is sunny, with a hot climate, long days and reasonably warm nights. July generally features the most rainy weather during the year, although these showers and thunderstorms usually dry up quickly, often being followed by sunshine. Summer rainfall in Edmonton can be variable and droughts are by no means uncommon, which can lead to windy weather. In the height of summer, the longest day in Edmonton features more than 17 hours of daylight. Summer temperatures peak during July and August, often reaching 25°C / 77°F or more.

Edmonton's autumn season generally falls between September and early November, when the climate begins to become noticeably cooler and the trees display their fall colors. Daytime temperatures in September average around 19°C / 66°F, falling to 11°C / 52°F in October, when occasional snow flurries may occur.

The winter months in Edmonton are cold, frosty and fairly dry, with January being the coldest month. Daytime temperatures in January average around -7°C / 8°F, although when taking into account the wind chill factor, it can often feel much colder. Although Edmonton's snowfall is less than many other cities in Canada and North America, Edmonton features many snowfalls during the winter months, starting in October and ending in the spring, around April. Snowy weather in Edmonton averages around ten days in January, seven days in February and six days in March, creating perfect conditions for the area's seasonal ski resorts. The average annual snowfall in Edmonton is approximately 124 cm / 49 inches. 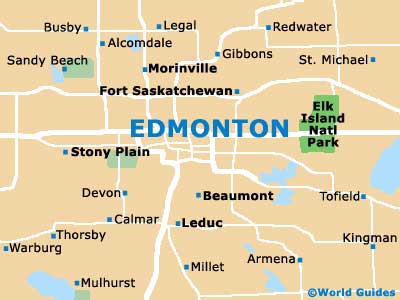