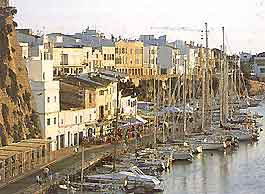 There are many appealing tourist attractions dotted around Menorca, often being just a stone's throw from the island's popular beaches and resorts. The coastline is certainly the main draw card of Menorca and what better way to explore the island than by enjoying a cruise from Mao harbour.

Apart from the boat trips, many further tourist attractions reside within the Mao area of Menorca. The best of these include the spacious Es Freginal Park and also the historic Xoriguer Distillery, where guided tours provide an insight into the production of local gin. In Ciutadella, on the westerly side of the island, the Placa Alfons III and its charming old windmill also proves to be something of a magnet for sightseers.

There are several important sights and attractions located around the vast harbour of Mao and one of the best ways to see and photograph them is from the water. The harbour tours takes around an hour and tickets are available from the nearby Xoriguer Gin Distillery. There are several British-built buildings the overlook Menorca harbour and these include the old customs house and Golden Farm, where Admiral Nelson once stayed.

Address: Mao, Menorca, Spain
In the middle of Menorca's capital city Mao, lies the green park and gardens of Es Freginal. The park includes many areas to sit, flower displays, lawns and is frequently used for cultural events in Menorca. There is also a stage that is used by musicians and this is a popular attraction, particularly during the summer jazz festival. 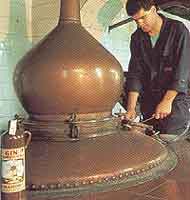 Address: Anden de Poniente 91, Mao, Menorca, Spain
Tel: +34 971 362 197
The 18th-century Xoriguer Gin Distillery is located on the Moll de Ponent harbourfront. Visitors to this popular tourist attraction can admire the enormous copper stills, bubbling to produce the spirit, which is eventually blended with juniper berries to make the distinctive and fragrant Balearic gin. The Xoriguer Distillery also produces many other liquers and all of these drinks can be sampled on site and purchased from the distillery shop.
Open hours: Monday to Friday - 08:00 to 19:00, Saturday - 09:00 to 13:00

Address: Mao, Menorca, Spain
A stroll along the waterfront at Mao is full of colour and interest. With many unique Balearic fishing boats, still constructed in an ancient Arab deisgn, attractive houses built into the cliffs, numerous caves and shops, a walk along Menorca's waterfront is a pleasant way to explore the coastline. There are also some excellent fish restaurants is this area. 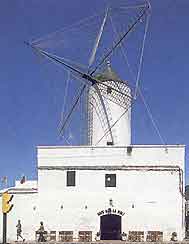 Address: Ciutadella, Menorca, Spain
This attractive square is situated on the outskirts of the old town in Menorca and is close to Avda de la Constitucio. With several good restaurants are cafés surrounding the square, sheltered from the sun by nearby trees, the Placa Alfons can be seen from quite a distance. The most outstanding attraction is the old windmill, which is now home to the town's tourist information office.